There was nothing remarkable about date # 29.  It was what happened two days after that made it notable.  The date itself was what all first dates are:  a rundown of family history, some employment talk, a little awkward flirting.  When I first met him in person, he fell into my “a little disappointing” category.  His pictures had been cuter than he was in real life (WHY do men post old pictures?).  He wore his jeans hopelessly high-waisted.  But there was enough there.  I could work with it, if need be.  What he lacked in fashion sense he made up for in eagerness.  He told me my eyes lit up my face when I smiled.  A girl could get used to that, I told myself.

I ignored signs, both before the date and during it.  I admit it.  Because I worry sometimes that I’m just too jaded by this process, that old memories don’t let me give new men a chance.  So I get the weird vibe, but I ignore it.  Note to self:  stop doing that.

So, two days after our first date, he gives me a call.  That, of itself, is not a bad thing, as I like a guy who knows how to stay in close touch.  What makes it unwelcome is that he is crying.  No, not crying… sobbing.  The kind of sobs that wrench your body when you’ve suffered through a natural disaster or the unexpected loss of several loved ones.  Incoherent, loud sobs.  The only way I know it’s him is because I see his name on the caller ID.

“Are you okay?” I ask.  A master of understatement.

I sit in awkward silence and, if I may be honest here, a bit of curiosity.  What horror can make a person so bereft that the first person they think of calling is someone they’ve only met once?

Now, let me begin by explaining that I am a dog lover.  I have dogs myself.  And I don’t just love dogs, but living creatures of all kinds.  I don’t kill bugs – I escort them outside.  I happily wear my cat fur to the grocery store like the crazy cat lady that I am.  I let my ferret roam free.  As a matter of fact, when I was in my early twenties and living in my first apartment, I once took off from work to nurse a dying ferret who could not drink water.  I gave her water with a dropper and felt her little heart beat for the last time while I held her.  I cried for hours that day.  So I know all about crying and pet loss.

Still, I don’t mean to be cold.  It’s a little creepy, yes, but the guy is clearly hurting.  So I engage him in dog talk.  How long was she sick?  (A long time).  Where did she die?  (Unclear answer involving a drive to the vet).  The answers are shady enough that I begin to question his truthfulness, especially when I think back to two days before and how he’d never told me he had a dog on death’s door.

“Do you have someone with you?” I ask.

“What about that friend you were telling me about on Friday?  The one you go on vacation with?”

“I have no one.  And I could really use someone to hold me.  Would you be able to drive down here?”

Ding ding ding.  Finally he gets down to it.

Now, I’m not saying this guy is Ted Bundy, although whenever a strange guy tries to play the sympathy card I admit I think back to how Bundy put on a fake cast to lure women to their deaths.  So, not Bundy-esque, perhaps, but definitely nutty.

Then the devil’s advocate in my head chimes in.  What if this is what an emotionally available man is like?  I’ve never really known one, after all (they seem like mythical creatures, kind of like unicorns).  How will I know one when I see one?  I’ve had deeper emotional connections with women I’ve met at doctors’ office waiting rooms than with many of the men I’ve been romantically involved with.  I am a magnet for tortured souls who can’t come clean about their feelings and can’t have a coherent conversation about the future.  So maybe I can’t recognize a man who is comfortable with emotion when I see one?

But, here’s the thing:  If this guy is what emotionally available looks like, count me out.  Because he is just creepy.  The situation reminds me of that Brendan Frasier movie in which Elizabeth Hurley plays the devil and keeps screwing up his wishes.  If this is what I get when I wish for “emotionally available” then I officially take my wish back.

I beg off and get the heck off the phone.

Still worried that maybe I have just become heartless through all this relentless dating, I call my brother for a second opinion.  A guy opinion.  “I just have to ask,” I say.  “Was this guy just emotionally secure enough to be vulnerable with me or slightly unhinged?”

“Fine.”  He is pissy and more than a little passive aggressive about the fact that I hadn’t gone to comfort him in his hour of need.  In fact, chastising me seems to be the only point of his call.  Until he asks me out again.  I politely decline.  It is the last time we speak.

It sounds like he feels I have failed a test.  And that is one test I am okay with failing.

This post originally appeared on my woefully neglected but still most successful writing project (to date!):  My award-winning 51 First Dates After Divorce Blog.  Check it out – click here. 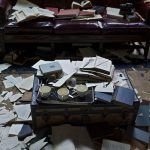 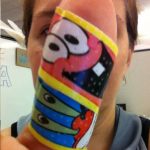