Somewhere along the way, I went from “too young” for things to “too old” for them.  In my twenties, I was like a colt getting my legs under me, too young and bewildered to have anything interesting to write about or a strong enough voice with which to do it.  I considered myself too young for so many things.  Then there were two babies, a blur, and I was too old for much of what I hadn’t had a chance to do.  Too old to take up a career in writing.  Too old to go hang gliding.  Too old to wander through Europe for a summer.  Too young always felt like it had a remedy.  Too old feels so terminal.

One of the things I’ve been telling myself I’m “too old” for is for coloring my hair blue.  It’s taken on ever-growing importance in my mind, this yearning for a streak of electric blue hair, almost a stand-in for all the things I’ve denied myself.  I’ve told myself it symbolizes creative expression, courage to be myself, being unfettered by what people think of me.  Still, I haven’t been able to bring myself to get it done.  Every time I’ve seen an “older” woman brave enough to make an unusual hair choice, I’ve secretly wished I had that kind of courage.  I’ve told myself that I’d do it one day, when I’ve sold enough books to not be beholden to corporate America for my children’s sustenance.  Or, more grimly, I took to telling myself that I’d do it when there was nothing left to lose.  For years I soothed myself (weirdly) by thinking that I’d dye my whole head blue before chemo.  Should I ever need it.

It was my thirteen-year-old daughter that helped me snap out of this foolish and macabre all-or-nothing thinking.  She came back from vacation in super-conservative Cyprus by wanting to “dip dye” the ends of her hair purple and pink.  I was raised under pretty strict circumstances so I’ve gone the other way in parenting.  I try not to restrict my kids too much in the hopes of preventing a later, major rebellion and of keeping their creative selves intact.  So I drove my daughter to Sally’s Beauty Supply and helped her pick out the Atomic Purple and Hot Hot Pink Manic Panic dyes.  As we perused the choices, she held up a bottle of bright blue dye and said, “Isn’t this the color you’ve always wanted to get?”

“Come on, I’m getting it for you,” she said, waving the money she’d been gifted by her Greek family.

I thought of tens of reasons to say no – too old, corporate job, brand-new author portrait I’m about to take for the flap of my book – but I looked at her young and hopeful face and said, “Thank you.  Yes.”  I hoped she was too young to know about self-imposed restrictions and the stories we tell ourselves that shut down our most adventurous impulses.

So now my too-old, corporate-working self has an understated little electric blue streak right behind my left ear.  Blink and you’ll miss it (the picture on the “What’s New” menu is the one I took of it this morning).  I’m thrilled with it, wearing it out so people at work will notice it.  It’s ironic that my daughter, the person who through her arrival thirteen years ago most has made me feel “too old” was the one who gave me the courage to feel young and spontaneous enough to cross this symbolic item off my bucket list.  Maybe hang gliding will be next.

Will the blue slowly spread all over my hair until I become a punk-rock grandma?  Or will this little streak mean I’ve gotten the blue out of my system?  I don’t know.  Either way, I feel the courage to let myself be exactly who I want to be at every age.

This website uses cookies to improve your experience while you navigate through the website. Out of these cookies, the cookies that are categorized as necessary are stored on your browser as they are essential for the working of basic functionalities of the website. We also use third-party cookies that help us analyze and understand how you use this website. These cookies will be stored in your browser only with your consent. You also have the option to opt-out of these cookies. But opting out of some of these cookies may have an effect on your browsing experience.
Necessary Always Enabled
Necessary cookies are absolutely essential for the website to function properly. This category only includes cookies that ensures basic functionalities and security features of the website. These cookies do not store any personal information.
Non-necessary
Any cookies that may not be particularly necessary for the website to function and is used specifically to collect user personal data via analytics, ads, other embedded contents are termed as non-necessary cookies. It is mandatory to procure user consent prior to running these cookies on your website.
SAVE & ACCEPT
To my children on their returning dayWriting 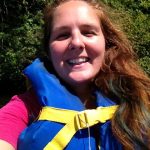 The secret I always forget about being productiveWhat's New