This morning the George Washington Bridge is in a mood. That means that frantic New York-bound motorists spill onto the main arteries in my town, wandering wild-eyed, as if they think that perhaps they’ll find the secret passageway past all the traffic and into Narnia.

It makes them act really douchey.

I live on the south side of town in a little cul de sac blissfully protected from the madness. But my kids go to school on the north side of town. In order to get there, I need to drive by the main thoroughfare in town, Fort Lee Road, which cuts up a hill and feeds right onto the bridge just two miles away (this road’s main claim to fame, besides its bouts of epic traffic, is that it’s the path that George Washington took to pull back from the British army when the latter took the strategic position of Fort Lee, high up on the Palisades, during the Revolutionary War).

So getting my kids to school means bisecting the New York-bound traffic. Have I mentioned that they’re jerks? They block the box, honk, cut people off and otherwise act in ways I’m sure they’d never act on the corner of their block.

Anyway, in doing battle with them, as I periodically need to do, it occurred to me that the rules of driving in heavy traffic are also rules for living a thoughtful life. Here are a few:

1. Don’t block the box. When it’s not your turn, leave space and let other people go their own way. Don’t let your own selfishness ruin it for everyone else.

2. Honking’s not going to get you there faster. Splattering your impatience on others doesn’t make things happen more quickly. It just makes people annoyed and makes the world a slightly worse place to be.

3. Everyone is doing the best they can. Traffic, like many things in life, is outside of our control. Thinking angry thoughts about other people just trying to make it through doesn’t change the situation and kind of just turns you into a jerk.

4. Reality is real. Turning left into a line of traffic that isn’t moving won’t magically make it move when the light on the other side turns green. You’ll just be stuck there, like a jerk, ruining other people’s chances of moving, just because you indulged in magical thinking instead of accepting what is. And they’re going to honk at you now.

So, there you have it, wisdom from the foot of the world’s highest-volume bridge. Be Zen.

This website uses cookies to improve your experience while you navigate through the website. Out of these cookies, the cookies that are categorized as necessary are stored on your browser as they are essential for the working of basic functionalities of the website. We also use third-party cookies that help us analyze and understand how you use this website. These cookies will be stored in your browser only with your consent. You also have the option to opt-out of these cookies. But opting out of some of these cookies may have an effect on your browsing experience.
Necessary Always Enabled
Necessary cookies are absolutely essential for the website to function properly. This category only includes cookies that ensures basic functionalities and security features of the website. These cookies do not store any personal information.
Non-necessary
Any cookies that may not be particularly necessary for the website to function and is used specifically to collect user personal data via analytics, ads, other embedded contents are termed as non-necessary cookies. It is mandatory to procure user consent prior to running these cookies on your website.
SAVE & ACCEPT
An open letter to an ex-spouseWriting 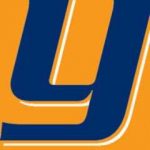