I love snow.  I love it slightly less since I became a home owner 15 years ago, since it involves some logistical hassle. But it still captivates the dreamer in me.

I grew up in New Jersey, so I have lots of pictures of me as a little girl in hideous 70s winter hats and piles of the white stuff.  But when I was six we left the U.S. and went to live in the foothills of the Andes Mountains in Argentina.  It didn’t snow there.

I didn’t so much forget what snow looked like as I forgot the experience of it.  In 1977, when my mom and I had been gone a year, my dad sent us pictures of an epic ice storm which had created monster icicles on everything: power lines, gutters, trees.  It looked like an enchanted ice kingdom, somewhere far, far away, no longer familiar.

We came back during spring time the year I turned eight.  I was first seduced back by the balmy memories.  Walks to the park which seemed so impossibly green after the arid, stark beauty of Mendoza.  Moisture in the air.  Fireworks and humidity and hot dogs.

Late in the year we returned, the Superman movie came out, the one with Christopher Reeve in it.  My dad drove us to watch it in a town called Edgewater, in a little theater right by the Hudson River which is now a Trader Joe’s.  I was captivated by the movie.  It was so American.  When we came out into the crisp December air, the nearly empty parking lot was blanketed by sparkling snow.

It felt like watching a magic spell sparkle to life for the first time.  The snow seemed to tinkle like tiny bells in the silence.  It was so pretty my heart squeezed a little. My dad made the car spin out over and over again as the snow wooshed past the window.  On the crawl up the steep hill on the Palisades, the giant old boat of a Ford got stuck in a huge snow bank.  I imagined what it might be like to live in a snow cave.  It was a memorable reintroduction to snow.

So while I grew up with snow, I also remember the magic of seeing it for the first time.  It is a feeling that always comes back to me, especially during the first few snows of the season.  It is mixed in with Superman and fun and dazzle and the gratitude of being back home.

This website uses cookies to improve your experience while you navigate through the website. Out of these cookies, the cookies that are categorized as necessary are stored on your browser as they are essential for the working of basic functionalities of the website. We also use third-party cookies that help us analyze and understand how you use this website. These cookies will be stored in your browser only with your consent. You also have the option to opt-out of these cookies. But opting out of some of these cookies may have an effect on your browsing experience.
Necessary Always Enabled
Necessary cookies are absolutely essential for the website to function properly. This category only includes cookies that ensures basic functionalities and security features of the website. These cookies do not store any personal information.
Non-necessary
Any cookies that may not be particularly necessary for the website to function and is used specifically to collect user personal data via analytics, ads, other embedded contents are termed as non-necessary cookies. It is mandatory to procure user consent prior to running these cookies on your website.
SAVE & ACCEPT
DistanceWriting 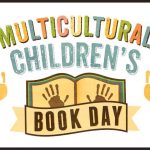