My life is not something I’d normally think of as easy. It’s not hard, mind you. I’m hardly complaining. But I’ve got to juggle day job work, writing work, child rearing, a social life and being the sole adult responsible for a house. It feels complicated sometimes.

I rethought this assessment toward the tail end of our grand tour up the coast of California. Our next-to-last stop was at Big Sur, a gorgeous place where land meets sea in spectacular fashion, with rocky cliffs butting up against crashing surf. If you haven’t been, I highly recommend it. It’s stunning.

Its sheer wildness made me think about how far removed most of us are from true harshness. Not that I exactly suffered while at Big Sur. We stayed in a pricey lodge and didn’t exert ourselves much. But all around us were reminders that nature is queen, and we exist at her mercy. It was humbling.

First, the drive. It had long been a goal of mine to drive the Pacific Coast Highway from Los Angeles to San Francisco. So it was fine when I learned that the only road leading to Big Sur was the PCH. We drove from Pismo Beach for miles along the azure water, once spotting Hearst Castle off in the distance, another time stopping to hear seals sing off shore as we stood on a fifteen foot drop and looked at the beautiful rock formations in the water, the scent of ocean strong in our nostrils.

Then we started climbing. If you’ve never driven it, imagine every chase scene you’ve ever seen in a Bond movie – one lane each way, hairpin turns, blind curves, a steep cliff down to jagged rocks and crashing surf on one side – and you’ve got the PCH. It’s the kind of driving with zero margin for error. No sneaking a quick peek at a text or you’re plunging down a sheer cliff one hundred feet to your death. It was exhilarating and a bit scary. I had my most precious cargo on board. I began to wonder: if something goes wrong here, how long before someone finds you?

Second, the realities of existence in so wild a place. We were guiding ourselves by the GPS map on my phone… which lost internet access about fifteen minutes out of Pismo and didn’t get it back until Big Sur (and even then, the connection was so spotty the map just kept endlessly loading). No internet, no map. Gas stations were few and far between and, due to the remoteness of the place, each gallon was over $5. Again, not a real hardship, as I was prepared for both, but a reminder of how easy my life usually is. I always assume my gadget will get me out of every fix. I always expect gas to be a few blocks away.

There was one incident that reminded me most that there are places all over the world where life isn’t as sanitized and packaged for us as it usually is for me back home. It was on Pfeiffer Beach, a remote spot where massive rocks are just off the shore, providing vistas you normally only see in National Geographic layouts. We got there on an unmarked road (you guessed it, narrow and hairpin, where I had to pull into a turnout to let the people coming in the opposite direction pass). After we parked at the bottom of the cliff, we walked through a spooky grove of windswept trees I couldn’t identify, emerging on the breathtaking beach as the sun was about an hour from setting. We walked around, took pictures, admired the rocks and wondered why one cliff was an entirely different color from the rest.

I wanted to walk the beach until it ended in cliffs crowding us in to the sea, which it seemed to do not to far away. We started heading in that direction at a leisurely “I’m on vacation” pace. It was windy and a bit cool – only my daughter was brave enough to take off her shoes – so I avoided getting my feet wet, skirting the water’s edge.

The beach got narrower, so that the water was washing up nearly as far as the cliffs at one point. There was something on the sand, close to the cliff, so I took a step closer to the waves to walk around it. That’s when I realized what the something was: a decomposing carcass of a big animal: a deer, maybe, or possibly a calf. It was too far gone to tell which, exactly. Just then a massive wave rolled in, close enough to wash over my sneakered feet and maybe even the dead animal. I scampered away (yes, there might have been a shriek or two). Our search for the end of the beach was ended right then.

It made me think of the realities of life here and in so many other places where nature really is supreme. Sure, I see the occasional road kill back home, but the next day I drive by that spot it has somehow magically disappeared. The carcass on the beach was rotted enough that you could tell it had been there quite a while and would probably be there until nature either washed it away or broke it down to bone. It was a reminder that life really is fragile and not always so clean everywhere.

We walked back nearer to the entrance to the beach, sat at the foot of the cliff, watched the sun sink in the west and the water rush around the base of the giant rocks in the water. It was a moment of supreme peace. It felt right, somehow, to feel so small, just one more grain of sand in this vast world, so lucky to be here.

I love Big Sur for its giant redwoods and its stunning rocks but most of all I love it for reminding me of how precious life is for its sheer improbability. It is a miracle that we are here at all, and a daily gift that we remain here. My modern life sometimes sanitizes that knowledge out of my sight. Big Sur washed me clean.

This website uses cookies to improve your experience while you navigate through the website. Out of these cookies, the cookies that are categorized as necessary are stored on your browser as they are essential for the working of basic functionalities of the website. We also use third-party cookies that help us analyze and understand how you use this website. These cookies will be stored in your browser only with your consent. You also have the option to opt-out of these cookies. But opting out of some of these cookies may have an effect on your browsing experience.
Necessary Always Enabled
Necessary cookies are absolutely essential for the website to function properly. This category only includes cookies that ensures basic functionalities and security features of the website. These cookies do not store any personal information.
Non-necessary
Any cookies that may not be particularly necessary for the website to function and is used specifically to collect user personal data via analytics, ads, other embedded contents are termed as non-necessary cookies. It is mandatory to procure user consent prior to running these cookies on your website.
SAVE & ACCEPT
Megyn Kelly is not a feministWriting 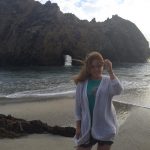