I don’t sleep through the night, usually.  I wake up around 3:00 a.m., wide awake and curious, and can’t go back to sleep for an hour or so.  I’ve always assumed this was due to stress, and then I’ve stressed myself some more trying to make myself sleep again.  But still the pattern has continued.

That’s why I was particularly delighted to learn about segmented sleep, the rest pattern that existed throughout human history prior to the Industrial Revolution and electric light.  Back when our only light source was the sun, people regularly slept in two chunks, with a period of wakefulness in between in which writers wrote, and some people even visited friends.  This was so common, the periods even had names.  In England, there was “first sleep” or, sometimes, “dead sleep.”  In Italian it was “primo sonno.”  In French it was “premier sommeil.”  Heres the coolest one: in Latin it was “concubia nocte.”  There was even a mistranslated reference to this “first sleep” in The Odyssey.  When a twentieth century translator didn’t understand the reference, it was mistranslated as “beauty sleep” or “early slumber,” where seventeenth century interpreters had gotten it right.  The practice disappeared with street lighting and other electrical sources of light, which kept people awake longer in the evening and crowded out the time for night wakefulness.

So there you have it: permission to be alert in the middle of the night as your body desires.  What to do with your extra time?  Well, apparently during this period of night wakefulness, the body produces extra amounts of the pituitary hormone prolactin, a substance the body also releases during orgasm.  Just sayin’.  Do with that information what you will.

Read more on the science behind the sleap pattern: click here. 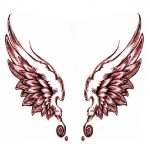