I am losing my war on Christmas. The other day, I walked into my local drugstore, fully three weeks before Thanksgiving. Someone had vomited red stockings and cheap plastic NOEL signs all down the middle of the store, despite my years-long offensive. I have failed.

It’s particularly disappointing because my war on Christmas has been strictly of the limited variety, so it should have been more winnable. I don’t want to end Christmas, say, like the highly organized army that blasts cannons of “Happy Holidays” at unsuspecting customers at Starbucks in a clear offensive to eradicate Jesus. I have only wanted to end pre-Thanksgiving Christmas. This year, when I saw Christmas decorations on display next to the Halloween ones, I knew it was time to start discussing terms of surrender.

I was moved to write this piece because this morning I read a Washington Post piece about a Christian dude who went on a rant against Starbucks and tweeted “Starbucks REMOVED CHRISTMAS from their cups because they hate Jesus.” He went in, ordered his macchiato, and when they asked for his name so that they could write it on his cup (as Starbucks does), he said his name was “Merry Christmas.” Apparently, not going to Starbucks did not occur to him as an option. Onward, Christian soldier.

This is not the first war on Christmas. There was once a time when the celebration of it was outlawed in Boston. The aggressors in this war? Christians. From 1659 to 1681 they banned the celebration of the holiday. They considered it a “popish festival with no biblical justification.” Prior to the Victorian era, in fact, Christmas in the United States was primarily a holiday observed by Roman Catholics, Episcopalians and Lutherans and it looked very little like the gift-vaganza it is today. I would give just about anything to be a fly on the wall when the evangelicals ranting about the “war on Christmas” learn that.

The War on Christmas predates Christianity, if you think about it, to a time before it was called “Christmas.” There was a time that the late December celebrations were all about the pagan festival of lights, of the reawakening of the Earth as the days began to get longer. The Scandinavians called it Jul (sounds like Yule, because it is Yule), decorated trees and hung wreaths. Then Christians came along and appropriated the holiday, waging a successful war of redefinition of it as a celebration of the birth of Jesus, although most scholars agree that it is unlikely that that’s when his actual birth occurred.

So there you have it. The War on Christmas is long, but will not prevail. The other day, just a few days after Halloween, I walked into the store to get some new blankets. Not far from the bedding section, the Christmas decorations were in full display. My war required that I hiss in disgust and walk away. But I lay down my arms. I picked up a rustic red and white garland, a three-foot driftwood Christmas tree and a stuffed Santa. And went to the register to discuss the terms my surrender as I forked over my credit card.

I can’t wait to put the new decorations up. The day after Thanksgiving.

This website uses cookies to improve your experience while you navigate through the website. Out of these cookies, the cookies that are categorized as necessary are stored on your browser as they are essential for the working of basic functionalities of the website. We also use third-party cookies that help us analyze and understand how you use this website. These cookies will be stored in your browser only with your consent. You also have the option to opt-out of these cookies. But opting out of some of these cookies may have an effect on your browsing experience.
Necessary Always Enabled
Necessary cookies are absolutely essential for the website to function properly. This category only includes cookies that ensures basic functionalities and security features of the website. These cookies do not store any personal information.
Non-necessary
Any cookies that may not be particularly necessary for the website to function and is used specifically to collect user personal data via analytics, ads, other embedded contents are termed as non-necessary cookies. It is mandatory to procure user consent prior to running these cookies on your website.
SAVE & ACCEPT
Playing politicsWriting 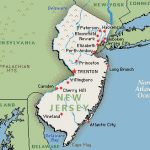