A few days ago, I read on my town’s email list that an elderly resident had died. Few people had memories to share of him. Some mention was made about his work with the American Legion.   This man – we’ll call him Chris, although I do so to protect absolutely no one, since he had no family – had come into my world a few years ago when he joined my writing group. He would have been in his sixties at the time, I learned recently when I read his obituary. This surprised me, since he looked and acted much older. He was unlovely to look at and not particularly nice. I know it’s bad form to speak ill of the dead, but that is the truth of it.

The group I led, which he joined, was convened with the intent of critiquing memoir essays. I had been a part of a very successful one in the city, but that required a schlep and a $500 fee, so I thought if I created one in my suburban New Jersey town it would be cheaper and better. It both was and wasn’t. It was certainly cheaper. But it also attracted an eclectic mix of people, each with varying degrees of interest in writing. One sulked every time I didn’t let her read her piece aloud, in contradiction to the rules we’d all set for ourselves before we started to read ahead of time and just critique in the group, to save time. Another answered in non sequiturs every time he was addressed, telling us about his time at the park in response to questions like, “What did you think of this piece?”

And then there was Chris. He wrote sometimes, although not for every meeting. A lot of his writing was not very good. His fiction was absolutely atrocious. His literary criticism was basically useless. (He could rant about even the mildest curse word in a piece for ten minutes yet fail to comment on its theme or execution). And then there was the business of his politics. Every time I wrote a piece that referenced the undocumented status of my childhood, he grumbled that I had nothing to be ashamed of, I wasn’t like those other lowlife “illegals.” (He liked me, you see. This was his idea of a compliment). He lived off his government pension while ranting against “welfare queens.” One time, apropos of nothing, he blurted something disgustingly vitriolic about President Obama, along the lines that he was a Muslim, plus a few other choice comments that my memory has thankfully expunged. It was so offensive that for a split second I thought that our resident pacifist – a man in his eighties who still protests against all wars in the center of town every Sunday – was going to bop him in the nose. I tried my best to smooth it over.

But then he brought in one piece that absolutely took my breath away. It was a memory as a young boy. He had been in foster care and he remembered the day when he’d been taken away from the only family he’d ever known to be given to the couple that would become his adoptive parents. It was beautiful writing – unsentimental, precise, powerful. Amazed that this unlikable man had produced this deeply moving piece, I urged him to explore more of those memories. Whenever he did, his writing was incredibly touching. In our group, he seemed almost sheepish at hearing the praise, saying only that he wondered if not really having a mother had made him unable to love.

I encouraged him to outline a memoir and write about his whole experience. I imagined him going back to talk to the players in his life – people who’d known his natural mother, his foster mother, his adoptive family – and making meaning from the memories of loss and rejection. I thought an exploration of the experience of adoption in the 40s and 50s could resonate with readers. I am, as my friends and detractors both point out, a hopeless idealist. I really believed that Chris could find redemption through writing, and quell the raging anger inside of him by making sense of everything that had happened. He’d never married and never had kids. He was alone. His life was infinitely small, yet it contained a grain of something universal: the need to be loved. I thought if he could share it, he might transcend his loneliness.

As with many idealistic hopes, this was not to be. He suffered some kind of health crisis and stopped coming to group. He did not respond to emails from the members for a long time. Then, eventually, he did, to say he wasn’t coming back. No one in our group had a phone number or an address for him. The next time I saw him on the street, the blank look in his eyes told me he didn’t recognize me, although we’d sat across from each other every week for a few years. He was haggard and thin. I never saw him again.

He battled the cancer that took his life for some time, as I heard through the grapevine. When the news of his death reached us, a woman in our group texted me to let me know. We remarked on the finality of his end – childless, spouseless, a life fully extinguished, leaving no trace that he was here. It was the most complete representation of death. We are comforted in knowing that when we go, our loved ones will remember us. But what if there are no loved ones left to remember?  I struggle with this question all the time. After all, even if loved ones are left, eventually they’re gone too. And then what?

I don’t know the answer to this. But I do know what Chris taught me. He helped me see the spark of the inherent human value in each of us, no matter how unlovable we may seem on the surface. Chris contained within him so many things I find abhorrent – racism, hatred, ignorance, intellectual dishonesty – but he also held infinite beauty inside, a tenderness, an aching need for acceptance, an ongoing desire to be heard and known. He took a small step to find connection. It was incomplete and ultimately failed, but the attempt was the pure essence of human spirit. And where that exists, how can we feel anything but love?

Goodbye, dear Chris. And thank you. 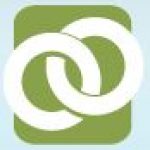