So many pixels will be aimed in your direction now, dear Paris. Mine will hardly count. I have kept you in my back pocket, waiting to visit you at the right time. So I don’t even have a story to share of your beauty or your grace. For this, I am sorry.

Cities are interesting experiments. A part of me believes they weren’t ever really meant to exist at all, and certainly not in the way they do today. We are small tribespeople. How did we start clustering into tribes of millions? A city is a place where many years and many people cut their grooves, one on top of the other, reinforcing and rewriting its history and character. They take on a life, New York different from San Francisco just like one person is different from another, both in the fact that they have different characters but also mean something different to every person.

It is this that makes cities vulnerable, I guess. Because they mean so much to so many, and because people flock to them, they are soft targets, full of places where people gather and eat and stroll and rock out to music. Cities are where people go to feel alive, especially young ones. It seems particularly heinous that that impulse was exploited as an instrument of such cruel death.

I can’t begin to fathom the terror that the victims felt in their last moments, or the horrific scars the survivors will feel forever. It is too much to process. I have no words can can make anything better, yet somehow I can’t let this crime stand without comment. Where silence lives, there terror has won.

One of the most comforting things I heard when I was so sad and devastated after 9/11 was something a French person said (perhaps their president?): “Today, we are all Americans.” It cut through the fear and the unmistakable feeling of being under attack by reminding me that we are more than just our nationalities, but part of a bigger family. So, though it is meager and insufficient, I offer it back, “Today, we are all Parisians.” Prayers be with you, beautiful city of lights. 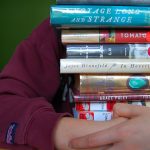 Books I love to re-readWriting 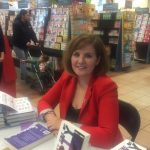