So I’m watching CNN, and an ad comes on for a show “CNN Heroes,” in which they celebrate a do-gooder helping the world in some way. This particular episode they were advertising was about the “homeless elderly,” and how much more vulnerable that population is to homelessness and financial insecurity.

Then they cut to the do-gooder. It’s a woman, I’m pretty sure older than I am, and this is what she says. “When you’re 50 to 62, the world sees you as too old to work but too young for Social Security.” And she goes on to paint a bleak picture of how few options the “elderly” have.

Listen, I’m at peace with the fact that we’re all aging in one direction. I’m under no delusion that I’ll wake up 25 again tomorrow. (In fact, I’m pretty sure I wouldn’t take it if I could. I like this age better than any so far). But… who defines “the elderly” as starting at 50? And who says the world sees you as too old to work? Ugh. I know we live in an agist society, but that’s bad by any standard.

I know CNN is trying to do a good thing by highlighting what I’m sure is a problem and an inspiring solution, but maybe let’s tone back the agist rhetoric. In many ways, life is just getting good now. Don’t tell me I’m going to be “elderly” in four years. Nope. 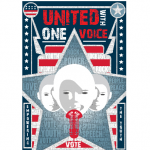