Last weekend, I was in Soho touring art galleries and was lucky enough to come upon one specializing in animation which had a beautiful collection of original Dr. Seuss drawings. There was something about seeing them in person that brought a certain immediacy to the man, and I sought out more information about the talent which I had, thus far, only enjoyed in the sing-song books I read to my children when they were small.

As with anyone with his kind of talent, the man was more complex than the works for which he became famous. Most notably, he was a vocal opponent of fascism, and penned over 400 cartoons, many of which seem prescient today. They’re worth checking out. They were collected in a book called Dr. Seuss Goes to War: The World War II Editorial Cartoons of Theodor Seuss Geisel

If you find yourself in the New York City area, you should go check out the gallery. Find it: click here (they also sell his through their online shop).

This website uses cookies to improve your experience while you navigate through the website. Out of these cookies, the cookies that are categorized as necessary are stored on your browser as they are essential for the working of basic functionalities of the website. We also use third-party cookies that help us analyze and understand how you use this website. These cookies will be stored in your browser only with your consent. You also have the option to opt-out of these cookies. But opting out of some of these cookies may have an effect on your browsing experience.
Necessary Always Enabled
Necessary cookies are absolutely essential for the website to function properly. This category only includes cookies that ensures basic functionalities and security features of the website. These cookies do not store any personal information.
Non-necessary
Any cookies that may not be particularly necessary for the website to function and is used specifically to collect user personal data via analytics, ads, other embedded contents are termed as non-necessary cookies. It is mandatory to procure user consent prior to running these cookies on your website.
SAVE & ACCEPT
Ode to the catWriting 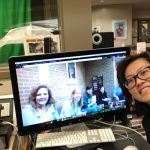