You are six months old. Your mother wraps you in a hand-knit blanket her sister gave you and heads off on a long trip.

Maybe she’s hungry, tired of struggling. Maybe she fears her life and yours are in danger from the violence all around her. Or maybe not. You don’t know. You’re six months old.

She gets you to America, where your father waits. He came before you to find a place to live. They pick up a bassinet someone put out by the curb – Americans throw out perfectly good things! they exclaim to each other with wide eyes. Where they come from, no one throws out something that still works because they just want a new one. They clean it carefully, to make sure you are safe in it, and wish they had enough money to buy you your own.

You are two and a half years old now. You answer them in their language when they speak to you in it, but all your original thoughts come from the TV – the sassy line that makes everyone laugh, the commercial jingle. As you get older, you speak less and less in your parents’ language, and more and more in the one that you will one day consider your own.

You are five now. Everyone you know is going to kindergarten. Your parents are afraid to send you, because they don’t have the right papers. You don’t know what that means, but you hear them talking about it when they think you’re asleep. But she’s so smart, your mother says. She has to go. Someone tells them that it’s okay, that all kids get to go to school here. So they take the chance. You know all your letters by the time you learn about this magical thing called Halloween. Your mother doesn’t know until the last minute you were supposed to dress up, but she makes you a witch costume the night before from an old dress of hers.

You are ten. You build the winning project at the science fair. You are twelve. You are fascinated with the way your teacher reads from The Old Man and the Sea. You are thirteen. You sneak into an R rated movie with your friends at the same movie theater you’ve been going to since you were little. You are sixteen, and a boy breaks your heart. You recover from it with your best friend, whom you met in kindergarten, and that song that says exactly what you feel, which you play over and over again. That park where it happened will forever remind you of how sad you were that day, and, later, of how proud you are of how you learned to move on.

Your mother sighs when you answer her in English when she speaks to you, but you can’t help it. Your parents were the only two who spoke their language to you, but the whole world spoke English, and it’s in your bones now, the maddening spelling, the lilting poetry which everyone in class hates but which you secretly love. You know all the words to every song they play on the radio. You hum them to yourself as you babysit for cash. You dream of college, even though you have no idea how you’ll get into it without papers. Your best friend goes to one in a city far away. You cry as you write her going away card, as much for the loss of her as for your ache to follow in the path she walks so effortlessly. You promise you will always be here for her. You watch a movie with your little brother to put it out of your mind, an animated one that makes him giggle. You are glad your brother was born in the United States and won’t face this problem.

But it turns out you manage college, working full-time, taking longer than most. You fall in love, this time with a boy who doesn’t break your heart. Your daughter’s birth certificate says the name of the state you’ve lived in since you were six months old. Your heart swells with gratitude that her life will be so much easier than yours. You’re twenty-six, you feel a hundred years old sometimes, but you have a vast hope in your field of view, a new job next year, maybe, a move to follow your husband to his new military assignment, the bursting joy of your daughter’s American smile.

You are an American in every way but one. You are a science teacher, a top-selling rep at your company, a gardener, a tutor, a mother, a friend. There are as many stories as there are Dreamers. You are undocumented through no choice of your own, but that’s only a small part of the story.

Keep dreaming your dreams. We love you and you’re valuable to us. You are #HereToStay

Maria E. Andreu is a formerly undocumented immigrant and author of THE SECRET SIDE OF EMPTY, a novel about the experience of being undocumented in the U.S. Her work has been published in Newsweek, The Washington Post, the Newark Star Ledger and more.

Read what people are saying about THE SECRET SIDE OF EMPTY: click here.

This website uses cookies to improve your experience while you navigate through the website. Out of these cookies, the cookies that are categorized as necessary are stored on your browser as they are essential for the working of basic functionalities of the website. We also use third-party cookies that help us analyze and understand how you use this website. These cookies will be stored in your browser only with your consent. You also have the option to opt-out of these cookies. But opting out of some of these cookies may have an effect on your browsing experience.
Necessary Always Enabled
Necessary cookies are absolutely essential for the website to function properly. This category only includes cookies that ensures basic functionalities and security features of the website. These cookies do not store any personal information.
Non-necessary
Any cookies that may not be particularly necessary for the website to function and is used specifically to collect user personal data via analytics, ads, other embedded contents are termed as non-necessary cookies. It is mandatory to procure user consent prior to running these cookies on your website.
SAVE & ACCEPT
The island rainWriting 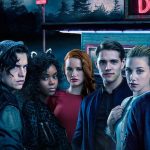