This morning, my email homepage invited me to read about Heidi Cruz’s latest silly statement. It quoted a Vanity Fair article in which she lamented the fact that her husband Ted *only* makes $174,000 as a senator, forcing her to be the primary breadwinner with her estimated half a million dollar salary from Goldman Sachs. “We’re not buying a second home anytime soon,” she is quoted as saying. (Serious question: just how much does she think a second home costs?).

Never content to take a pull quote out of context, I went and read the full article. Yeah, it was as bad as it sounds. Also, she mentions that her Harvard diploma is displayed in her foyer, and that when she first saw Ted Cruz, he looked like a 1950s movie star to her. (Gag).

My finger twitched to tweet mocking statements about this article. There was so much to choose from. Social media had zeroed in on the “second home” faux pas, clueless for its insensitivity to the fact that so many Americans (not to mention humans) don’t have a first one. But there were lots of other gems to choose from as well. My intended tweet was going to say, “Look past the ‘woe is me, I don’t have a vacation home’ comment to find out where her Harvard diploma sits.”

But something held me back.

It’s not that I don’t think Heidi Cruz didn’t say something obnoxious and worth mocking: she did. It’s that I wondered what this would add to the conversation. Yes, she’s a public figure, and, yes, she deserves what she gets. Also, as is the case with every spouse, staying in a relationship with a public figure means you either explicitly or tacitly approve of what they do and say. In general I have very little patience for the Melanias and Heidis of the world who can stand by while their husbands destroy people’s rights and behave abominably. Yes, people of different political stripes can marry and coexist happily, but if you want to be in the spotlight, then it’s your responsibility to clarify your position if you think your spouse’s is wrong, or you risk us thinking you’re complicit. So, yeah, I’m no fan of Heidi Cruz.

It was more about who I want to be. I want to make it through these dark Trump days with some semblance of who I used to be before all this. I feel besieged and in the fight for the soul of our country (a tiny foot soldier, but a mouthy one). I don’t want to let it make me bitter and vicious. Heidi Cruz is an entitled, clueless co-conspirator to one of the worst voices in our country. But screaming that into the social media void makes me think of the Nietzsche quote, “Whoever fights monsters should see to it that in the process he does not become a monster. And when you look long into an abyss, the abyss also looks into you.” And I couldn’t fit all these thoughts into 280 characters.

The abyss is staring hard in, my friends. Let us generate more love than contempt where we can. I have to believe that, like when entering a frightening, unlit, terrifying tunnel, we’re in the darkest part where so much seems lost. But we’re about to start seeing a glimmer of light on the other side.

This website uses cookies to improve your experience while you navigate through the website. Out of these cookies, the cookies that are categorized as necessary are stored on your browser as they are essential for the working of basic functionalities of the website. We also use third-party cookies that help us analyze and understand how you use this website. These cookies will be stored in your browser only with your consent. You also have the option to opt-out of these cookies. But opting out of some of these cookies may have an effect on your browsing experience.
Necessary Always Enabled
Necessary cookies are absolutely essential for the website to function properly. This category only includes cookies that ensures basic functionalities and security features of the website. These cookies do not store any personal information.
Non-necessary
Any cookies that may not be particularly necessary for the website to function and is used specifically to collect user personal data via analytics, ads, other embedded contents are termed as non-necessary cookies. It is mandatory to procure user consent prior to running these cookies on your website.
SAVE & ACCEPT
The last lockdownWriting 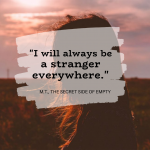 Immigration articles for students and books about immigrationImmigration, Writing