By Maria E. Andreu
Posted July 21, 2020
In Writing
The friends I lost along the way2020-07-212020-07-21https://mariaeandreu.com/wp-content/uploads/2018/02/logo-4-white-letters-with-transparent-background-wider.pngMaria E. Andreuhttps://mariaeandreu.com/wp-content/uploads/2018/02/logo-4-white-letters-with-transparent-background-wider.png200px200px

I read this McSweeney’s post this morning. It is told from the point of view of an anonymous (fictitious) person lamenting how boring quarantine is. It begins, “I can’t believe how careless people are being about this virus.” Then it goes on to describe the person’s activities – visits to Target, a birthday party, then another party – and you begin to realize this is an unreliable narrator. The narrator is the one being careless.

McSweeney’s is a humor site, so it’s meant to be satire. But, like all good satire, it illuminates something: people are being careless about the virus. Even in my state, where we got hit early and hard, and we supposedly learned painful lessons, many are letting down their guard. Everyone, including me, is making constant calculations and trade-offs. I need to get down this aisle at Target, but that person is smack dab in the middle of it, making staying six feet apart impossible. What if I hold my breath? I am seeing no one, but my friend is moving overseas. What about one last socially distant wine night?

It was said wine night that caused me to finally write this piece. I’ve been worrying and grumbling about these thoughts, but have been able to keep them at bay. I have the luxury of truly socially distancing almost completely. My two college-aged kids are with me, and that’s it. They’re being fantastically responsible, leaving only for occasional walks in our leafy neighborhood and keeping all their socializing socially distant. Like Zoom socially distant. If they can pull off that level of vigilance in the bloom of youth, it’s the least I can do for them to do the same. I go to the store only rarely, opting for food deliveries when possible. I stood about fifteen feet away on my mother’s lawn for Mother’s Day, wearing a mask. I celebrated a milestone birthday in my yard with my kids, mom, brother and sister-in-law around a fire, our chairs situated in household clusters about ten feet apart, no snacks served, BYOB.  And that has been the extent of my social life since March. It is now July.

But this past week, a friend was indeed moving, and I wanted to see her one last time. Who knew how long it would be before I could travel overseas? When the idea was first floated, I made sure to lay out what I was comfortable with: outdoors, BYO-everything, no coming within six feet of each other. It’s hard to tell via text, but it felt like there was some eye-rolling on the other end. One friend asked if she could bring someone I’d never met, then, later, someone else I had met. There was almost a teasing quality about it, like I was being a scaredy-cat, a nervous Nelly. Like wanting to follow medical guidelines made me a kook.

I’m seeing that everywhere on email chains and social media (and, yes, it may be time for a social media fast, I’m realizing). When a local group was organizing a get-together, someone on the chain asked if anyone was “squeamish” about sharing snacks. Never mind that there is no good socially-distant way to do that, and that a ten-person maskless gathering during a pandemic is probably a bad idea. I hadn’t been planning on attending anyway, but that definitely sealed the deal. The person who asked, someone I know to be responsible and caring, later somewhat walked the word back, but snacks were still shared. Later, someone who did attend wrote in the “it was nice to see each other” follow-ups that maybe next time people could stay a bit further apart.

Two days after my socially-distant wine night, I saw social media posts with my two friends who attended my thing at another party. Five women from my small town, wearing no masks, posed for a picture standing shoulder to shoulder. Their daughters played in a pool together and mugged for the camera, arms around each other. One kid had her mask down around her chin, and there were no other masks in sight. The change in the light in the photos (some in full daylight, some at dusk) made it obvious the thing had gone on for hours. Call it pandemic blues, but I burst into tears at the sight.

My feelings were complicated. First, they were putting themselves and their children at risk, and that made me scared for them. We had talked at length during our time together just how important it was to keep six feet away from people, and this disregard of that two days later felt a bit like a shoulder shrug, like the things we’d just talked about didn’t matter. Second, they were putting my town at risk, and that made me furious. Third, I too wish I could be shoulder to shoulder smiling for a camera, living life like before. It was a bit of FOMO, a bit of exclusion (but self-imposed exclusion, because if I’d signaled a willingness to attend, of course I would have been welcome). It would have taken one asymptomatic spreader at that get-together for a disaster to start. It would have taken one of the ones infected to intersect with me at a local store or leave it on a surface there for it to get to my house.

It’s not just happening in my town. I see old high school friends in a state with one of the current highest infection rates posting cul-de-sac party pictures, boat party pictures, all kinds of get-togethers where they’re way closer than six feet with all kinds of people who don’t live with them. Maybe they’re not going to bars, it seems like they figure, but they’re being “careful” about only getting together with other people who are “okay.” Neighbors they trust. People who are also being “careful.” It reminds me of girls I grew up with saying they hadn’t insisted a new boyfriend wear a condom because he “looked clean.” As if the coronavirus leaves a stain on you that’s readily visible.

And the truth is that many of these people will make it through just fine. Maybe (hopefully) there was no asymptomatic spreader at that party. But the willingness to just disregard the possibility in the moment bodes poorly for how we’ll all pull through as summer becomes fall and flu cases mix with coronavirus cases for a massive test of our medical infrastructure.

In the heat of the moment, I told myself I’ll just never speak to any of these people again. I don’t need anyone this reckless and thoughtless in my life. That blatant disregard, that attitude of “the rules don’t apply to me” made me so angry, and it looks like a character issue. But that’s not a realistic solution, of course. Friendship is about accepting people as they are. I guess the pandemic is making me realize just what that means. In this case, it means accepting people who put their fun over keeping me and my children, themselves and their own children, and our town safe. That is a tough row to hoe for me right now.

I am afraid. Americans have not only not risen to this challenge, we are failing it dramatically. We place our selfies and our kids’ sleepovers over the rigorous vigilance required to stop the spread. We are bored, and we want fun, even if that fun means bending the rules. Except the bending of these rules has killed over 140,000 Americans and “officially” infected nearly four million Americans (some experts suggest unidentified cases could be as high as ten times that). The pandemic has spiraled out of control. There may be a broader lesson about what it means when a population is too comfortable and lazy to do what needs doing in a crisis, but I am not yet in a place to tease that out. Right now all I can do is delete Facebook and pray for a vaccine that protects me and mine from people who won’t make even the smallest sacrifices to protect us all.

This website uses cookies to improve your experience while you navigate through the website. Out of these cookies, the cookies that are categorized as necessary are stored on your browser as they are essential for the working of basic functionalities of the website. We also use third-party cookies that help us analyze and understand how you use this website. These cookies will be stored in your browser only with your consent. You also have the option to opt-out of these cookies. But opting out of some of these cookies may have an effect on your browsing experience.
Necessary Always Enabled
Necessary cookies are absolutely essential for the website to function properly. This category only includes cookies that ensures basic functionalities and security features of the website. These cookies do not store any personal information.
Non-necessary
Any cookies that may not be particularly necessary for the website to function and is used specifically to collect user personal data via analytics, ads, other embedded contents are termed as non-necessary cookies. It is mandatory to procure user consent prior to running these cookies on your website.
SAVE & ACCEPT
THE SECRET SIDE OF EMPTY in literary analysisWhat's New, Writing 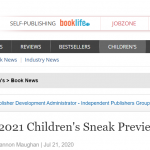