Plenty has been written about why 2020 sucked as a year for all of us collectively, and I don’t have much of substance to add. I’ve experienced all the things you have: isolation, fear, anxiety. When I look at what too many of our fellow humans have gone through in 2020, I am aware of how lucky I’ve been, and I stay mindful of that luck regularly.

It’s from this perspective that I begin an inventory of what I can be grateful about in 2020 (again, with the caveat that mine was not nearly as bad as so many people’s). I learned a lot, not all of it pleasant, but, I’m hoping, some of it useful going forward. I learned the importance of reaching out to friends and staying connected. I’ve always known it, of course, but when the usual, casual ways of connecting were gone, I realized the importance of the effort. I also had a lot of time to examine my relationship with “plenty” and “lack,” and the anxiety and bad memories which drive a feeling of lack when none objectively exists. (See: Great Toilet Paper Shortage of 2020). I re-learned that it’s important to move and keep in shape, a lesson I’m unfortunately having to re-learn after too much time being sedentary this quarantine.

But besides integrating what 2020 gave us, I also look to 2021 with hope and anticipation. This is, perhaps, a bit naive, I’m told. Everyone warns me not to make too many prognostications about how 2021 will be better… who knows? I famously told a friend who had a tough year in 2019 that 2020 was going to be amazing. So I’m no longer in the prediction business. But I’m going to allow myself hope. I have a few projects I’m hoping my agent will sell in 2021. I’m praying, for my kids’ sake, that they get to go back to dorming at college and not just sitting cooped up in their rooms trying to juggle class and family life. I fervently want to travel again, and I’ve got a few trips I’m itching to scratch off the bucket list, hopefully as soon as late spring if all goes well. This trial we’ve all been through will make the loosening of restrictions and the things we took for granted be all the sweeter and I can’t think of a better way than a few stamps on my passport.

One of the unexpected joys of 2020 came for me here at the end… in the form of a video game. No kidding! After the election was over, I just couldn’t deal with any more drama and anxiety about a slide into fascism and anti-democratic sentiment and actions from a disturbing number of people. Somehow I got the idea that maybe a video game might do the trick, and I did a bit of research. I haven’t gamed in any serious fashion since my early twenties, when I used to stay after work (before I had my own computer) to play a pixelated adventure game on my husk of a pre-Windows work computer.

I settled on an open-world game called Red Dead Redemption 2, a gunslinger adventure, available on the PS4 console my son has mostly abandoned for other things. At first, it did nothing but frustrate me. I couldn’t work the controls, and I failed at the most basic tasks, like riding my horse without smashing into trees. Maybe I was too old for it, I told myself. But little by little I got better. By the third day, I was hooked. It’s the story of an outlaw, Arthur Morgan, in 1899, the end of the era of the open range. The feat of what the game creators have accomplished is nothing short of amazing (gaming is a more lucrative business than even the movies. Their previous game grossed more than Avengers: Infinity War). The world is rich and varied. You can hunt animals, and sometimes the ground tingles to let you know there’s a medicinal herb you can pick. You can find treasure maps and go on quests, and you’ll meet strangers both quirky and fun and dangerous and hostile. There are whole regions to explore, some arid and reminiscent of the Southwest, some forested (“The Grizzlies,” a clear allusion to the Rockies), and a city with a very New Orleans flavor. And, yes, there are train robberies and bank heists and all the stuff that kicks up the adrenaline. I’m terrible at those parts. But I muddle through.

Perhaps because Red Dead is my current obsession, I am in the mood to draw my 2020 lessons from it. In the game, things hit you out of left field when you least expect them. (Look out for those damn wolves). When all seems lost, somehow you live to fight another day. If you’re nice to people, things go better for you. There is always the promise of the “next big take.” And if that’s all an illusion, heck, it’s what gets a gunslinger in the saddle in the morning. So let’s go, 2021.

May yours be beautiful and filled with all good things. And a bit of excitement too. 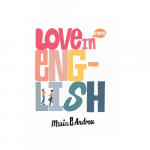