It started thanks to Seth Meyers. He made a joke about a song I’d long forgotten, “Candy Everybody Wants” by 10,000 Maniacs. It came out when I was in my early twenties and didn’t make an impression at the time. I fired it up on Spotify and Googled the lyrics. (Because English wasn’t my first language, I sometimes have a hard time making out lyrics without also reading them).

It was one of those bolt from the blue moments, a nugget of a sentiment whose time had finally come for me. The lines that grabbed me most were, “If lust and hate is the candy*/If blood and love taste so sweet/Then we give ’em what they want,” and, later, “So their minds are soft and lazy/Who do you wanna blame?”

If there’s one thing I’ve been thinking a lot about for the last five years, it’s what makes humans tick and what the creative person is supposed to do with that. We are all “to blame” for the state of society, after all, and yet it is also completely beyond any one individual.

Despite my veneer of studied cynicism, I am painfully idealistic. I have a boundless desire for the simple, pure things: altruism, “good wins in the end,” truth as an absolute. Needless to say, it’s been a tough five (six?) years for a girl who wants to believe in happy endings, in people being fundamentally good, and bad guys getting what they’ve got coming.

It was a particularly apt song to listen to the week the world learned that Facebook knew their algorithms were helping to radicalize people but didn’t stop it. They’d figured out hate is the candy and decided that making a buck off that was fine even as they saw it tear at the fabric of civil discourse. They knew that information that incensed people kept them clicking. They didn’t mind if that led to people being turned to hate to the point that they stormed the Capitol. They disregarded that it fueled dangerous conspiracy theories. Learning this was bitter medicine for me.

I have been deeply confused at the transformation I’ve seen around me these last few years. Or, as I’ve now come to think of it, the revelation of things that must have always been there to some extent. One of my first hints came when the mother of one of my best friends from grammar school posted something hateful about Obama during the 2012 election. She was a sweet woman when I was a kid. My main memories of her were of cookies and information about periods when I was wondering what the heck was going on with my body as a pre-teen. But by 2012 she was spewing Fox News talking points often enough that I eventually had to unfollow her. We’d lived a few miles apart even after I moved away from the town where she raised my friend, so we knew the same places and people. I’d spent countless nights sleeping over her house, under her care. But now she said terrible things about immigrants, espousing sentiments that would have meant bad things for my family if she’d held those back when I was friends with her daughter. It wasn’t just her: my friend, and the little sister I remembered being born around the same time as my brother, posted virulently nasty things, too.

I should have put it together then, but didn’t. I didn’t put it together in 2015 with the ride down the escalator and the “Mexicans are rapists” comment. I didn’t even figure it out during the Muslim ban. I thought these were all indicative of the twisted mind of one horrid, hateful man. Because I didn’t know very many Trump supporters, and quickly distanced myself from the ones I did, like pulling my hand off a hot stove, I didn’t see what he was tapping into, how instinctively he knew that hate is the candy. I didn’t know there was a vein of tribalism and intolerance just waiting to be mined. For as obsessively as I read the news and tried to keep up with all the developments in a desperate attempt to at least bear witness, I missed so much. Sure, I’d read about the effects of hate and propaganda on other populations in history, but we were beyond that, weren’t we?

It reminds me of the first time I understood the concept of war. I was embarrassingly grown. It happened when I was while watching the show Vikings. The head Viking sets sail and arrives at an unknown land. He and his crew wander into town and come upon an unlocked building. We as viewers recognize it as an English church, but the characters don’t. There are precious metals, chalices and such, just laying about, or at least so it seems from the perspective of the Vikings. They take them and return to their homeland. Later, lured by the promise of more easy loot, they return. But this time, the English are ready. A bloody fight ensues.

It was the clearest insight I’d ever had into why humans are violent. Throughout my life, even interpersonal violence was hard for me to grasp, but war has seemed like a senseless, mechanical thing. A button pressed in one place kills strangers surgically thousands of miles away. But in this very close-in, gritty scene, I understood: you have something I want, I take it, you fight to stop me. War is born. It was hand-to-hand at first, a skirmish over a watering hole or a carcass. But there’s a straight line between that kind of conflict and the one of today, thousands of years later.

This realization, this “hate is the candy,” has come as a similar bolt from the blue. It’s not an anomaly, it’s a feature of being human. We all want to pick sides, we want our team to win, the blood of rivals being spilled feels sweet. Sure, today maybe it’s mostly proverbial blood in the form of indictments and personal catastrophes. In this regard, I look within. If I have been pushed to the point where I can relish the downfall of someone whose politics I abhor, has hate not been candy for me, one that I’ve gobbled up with increasing pleasure? I have wanted to believe that the radicalization has been all on the other side, but those who want division also benefit from me being pissed off. I think back on all the “evils of conservatives” posts I’ve been served up in the last five years, and I think on how my rage has been of profit to someone. And, just like understanding that war as a concept began as intimately as hand-to-hand combat, I also recognize that me wanting bad things to happen to people whose politics are different from mine is on a spectrum with others getting violent to stop what they’ve been told is a transgression against their “team.” We are all eating lots and lots of hate candy.

I played the song on a loop, “Candy Everybody Wants.” I danced, because it’s catchy and I’m a weird nerd who dances alone all the time, but I thought, too. I’ve been percolating a political novel, a work for adults. I was enamored of If Love and Hate Is the Candy as a title for like a full half-hour until I realized I’d have to pay mega-royalties to use it. But while the title may be off-limits, the concepts behind it aren’t. What is the role of the person who creates during a time such as ours? The responsibility? The idealism in me, which has taken such a beating in these last years, hasn’t died. I want to imagine art and creation can be part of some solution. If lust and hate is the candy, but we don’t want to give ’em what they want, what then?

I don’t know that I have the answer quite yet, but thinking on the question feels better than the candy.

* (Note: yes, fellow grammar nerds, I do know it should be “love and hate are the candy,” but Natalie Merchant has her own brand of genius, and who am I to mess with that? And you’ll also note I stayed from a discussion on the “lust” portion of the line, because, alas, there’s a lot more in the news about hate these days). 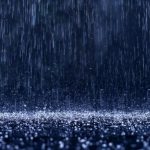 On an unprompted returnWriting
Who is the “Bad Art Friend”?Writing