Getting past your doubts as a writer means going for big goals even if you’re not sure that’s a reasonable thing to do. Here’s how.

I have done a lot of work throughout my life on trying to see the glass as half full, but, when I’m honest with myself, I have to admit I’m a pessimist. I don’t take pleasure in negative outcomes, but, after an early life with a lot of chaos, pessimism almost feels like savvy to me, a way of staving off the shock of getting hit by the inevitable oncoming train. It’s probably not conducive to happiness, and it can sometimes close me off to unexpected delights, but I’m of an age that I know who I am and who I am not.

Despite this, I am probably one of the most radically persistent people you could ever meet.

At first blush, it seems incongruous. Pessimism is associated with passivity, with “why try when it’s not going to work anyway.” We’re told it’s the great, bright optimists who inherit the earth. Well, guess what, folks: success doesn’t have to be just for them, and we don’t have to turn into something that we’re not, or fail. With a few mental tricks and simple redirection, you can be who you are and develop an unstoppable persistence.

If you’re an optimist, may the heavens bless you. If you’re always looking up to watch for the piano hurtling toward you, not to worry. You can work just as hard as optimists to achieve your goals.

Here are some of my tricks.

I am no paragon of positive thinking. In fact, there’s some fraud factor in even sharing this, because who am I to give advice on getting past your doubts as a writer, when I haven’t really gotten past mine? Except, here’s the thing: I’ve been deep in that pit. I’ve seen it all look dark, and seen the odds look insurmountable. And yet I persisted, doubts and all. That’s how I know you can, too.

Read more on the how-to of revenge queries: click here.

For more how-tos and thoughts for writers: click here. 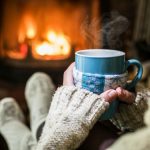 Ways to Unwind Before You UnwrapWriting 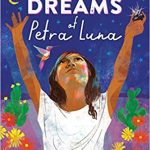