By Maria E. Andreu
Posted June 20, 2020
In
Are you white, Argentinian, Spanish… what are you?2020-06-202021-04-14https://mariaeandreu.com/wp-content/uploads/2018/02/logo-4-white-letters-with-transparent-background-wider.pngMaria E. Andreuhttps://mariaeandreu.com/wp-content/uploads/2018/02/logo-4-white-letters-with-transparent-background-wider.png200px200px

I sometimes hear from readers who have questions about my cultural identity. My family’s immigration story is complicated, and I always try to be as clear and specific as possible, so you have a sense of the perspective from which I’m writing. Here are the basics: my parents were both raised in Argentina since they were babies. Like Dreamers and other childhood immigrants in the U.S. who grow up American, my parents were taken to Argentina as children and grew up Argentinian. Argentina is a country of immigrants, just like the U.S. is. My parents were immigrants to Argentina, grew to adulthood, studied, fell in love and married in Argentina. They made their home there until they decided to come to the U.S. (they thought temporarily, although that’s not how it worked out).

I first came to the U.S. as a baby when I was a few weeks old. My family’s immigration journey has many twists and back and forth – I crossed over the U.S./Mexico border undocumented at eight years old, for example. I have written many detailed recountings of our immigration story, in essays and posts. It’s been rich fodder for my writing and I’ve never been shy about sharing it. I am proud of the many generations of my family who worked to make a better life and I embrace them all. But, frankly, when asked “what” I am, I don’t love the unspoken suggestion that I’m obligated to explain.

On issues of identity, I’m a believer that we all have the right and power of self-determination. I’m Latina. I wouldn’t dream of asking anyone to justify or “prove” their gender or sexual identity, or their cultural identity. So rather than offer you the blow-by-blow, multigenerational immigration saga of my grandparents, my parents and me, instead I’ll offer you this: I am Argentinian-American. It informs how my Spanish sounds, what I eat, the way I see the world. It’s where my extended family is. It is who I am, and that is all.

I have been identity policed by a small but vocal number of people, not readers who have experienced my work but mostly other writers and aspiring writers who made snap decisions without all the facts about me and with just one bit of data they didn’t seem to like: that I got a big book deal. I don’t worry so much about what that does to me, because I am living my best life after a lifetime working hard to get to where I am. My worry is for any reader who has seen that and felt ashamed or afraid in their own invisible identities. To you, I say, if anyone asks you to “prove” who you are, remember: you are your beautiful, complete self, on your terms. You are perfect exactly the way you are. You don’t owe anyone any explanations and you don’t need anyone’s permission. 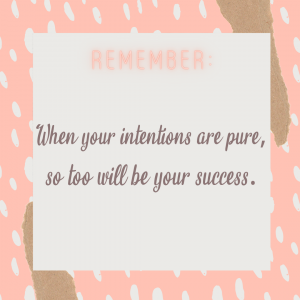 SAVE & ACCEPT
Are M.T./her little brother/her mom going to be okay?
Do you have a blog?