A few years ago, I broke up with a woman I really loved and whom I’d hoped would be in my life forever.

No, it wasn’t like THAT. (I only led you on to get your attention). But I did love her, and I did hope to make her a permanent part of my life. It was she and my brother who did the breaking up. Although I know it was very tough on him and on her, I think it hit me almost as hard, being a bit of a dreamer and a magical thinker when it comes to relationships. I had really hoped she’d one day be my sister-in-law.

They met in college and fell in love. And then he moved to another continent to be with her. Having him far was tough, but knowing he was with someone wonderful made it easier. We folded her into our family easily: vacations together, long IM chats. She was everything you’d want in a sister-in-law. She was conscientious, remembering things like thank you notes and birthday cards. She loved my brother. And she was gorgeous and funny and had a kick-ass accent.

But, unfortunately, she was also very young. And he was too. So, after a few years of giving it their all, my brother moved back home and they broke up.

But, due to the aforesaid magical thinking of mine (which, apparently, extends not just to my own not-right relationships but also other people’s), I thought it was a temporary thing. I really believed they would spend a few years apart, grow, experience more of life and, then they would realize they really were right for each other, she’d move here and (convenient to me) they’d buy a house on my block. Preferably next door.

Here’s what happened instead: one day, probably a year after their break-up, she started to gush about how wonderful Venice was. She’d just come back from there and highly recommended it.

“I really want to see it too, but I can’t imagine lugging the kids around there just yet,” I responded.  It was one of my most wished-for vacation spots and paintings of it hung all over my house.

I sat staring at the screen, doing the math. I knew she hadn’t just come back from Venice with my brother. So, obviously, she’d been to Venice – romantic, wonderful, yearned-for Venice – with another guy.  It stung almost like a personal betrayal, which is ridiculous, of course, because their relationship was long over. Oh, and the little matter of her not being in a relationship with me, but with my brother.

I did what any rational person would do in the situation. I burst into tears.

It was in that moment that I realized she was really gone. All the thoughts I had had that one day she’d be my family – mother to my nieces and nephews, over for Thanksgiving and birthdays – they would never come true. It was like mourning a break-up of my own.

Years have passed since that weepy IM session. I told her about it, and, to her eternal credit, she was very understanding and sweet (darn! those sure are good qualities in a sister-in-law). In the time that has passed, we’ve kept in loose touch and, as only women who have been close can do.  We’ve successes and failures in short-hand, never having to explain too much.

Today, I saw pictures of her with the new man in her life. I wrote her, half jokingly (but probably half not) – “Will the pictures of you with the new boyfriend never stop breaking my heart?” She wrote me back a thoughtful and philosophical e-mail about young love, good choices and no regrets. In it, she wrote, “Aren’t you glad you can remember me fondly?”

And, I realized, there are lots of ways to be sisters, and they don’t all involve marrying my brother.

This website uses cookies to improve your experience while you navigate through the website. Out of these cookies, the cookies that are categorized as necessary are stored on your browser as they are essential for the working of basic functionalities of the website. We also use third-party cookies that help us analyze and understand how you use this website. These cookies will be stored in your browser only with your consent. You also have the option to opt-out of these cookies. But opting out of some of these cookies may have an effect on your browsing experience.
Necessary Always Enabled
Necessary cookies are absolutely essential for the website to function properly. This category only includes cookies that ensures basic functionalities and security features of the website. These cookies do not store any personal information.
Non-necessary
Any cookies that may not be particularly necessary for the website to function and is used specifically to collect user personal data via analytics, ads, other embedded contents are termed as non-necessary cookies. It is mandatory to procure user consent prior to running these cookies on your website.
SAVE & ACCEPT
Privacy PolicyFeatured 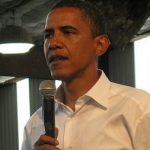 The shame of the Obama administrationFeatured, What's New, Writing