She turned my life upside down in the most painful way imaginable 10 years ago.  Then she disappeared.  Yesterday, she wrote me on Facebook, asking for a big favor.  It was something of a shock, sitting as I was at my desk eating a granola bar, minding my own business.

Her email began, “I’ve been meaning to write to you for a long time.”  And then went on to bring up details of what had happened back then, painful, humiliating, all of a sudden raw even after a decade of healing.  Without dredging up the past (and to protect the guilty) you’ll just have to take my word for it that what she did was in the top 5 bad things a person close to you can do.  In shock and pain, I cut off all contact with her.  Eventually, a year later, I heard she was moving far away and I went to say goodbye.  I told her I forgave her.  And I really did.  For me, it was a way of closing a chapter.

Over the years, I forgot about her and the havoc she caused.  She reached out every once in a while via email or Facebook.  She was in a bad place, consumed by the role she’d played in hurting me.  I gave her pep talks (pep “instant messages,” actually).  I told her everything had worked out for the best and that what she did, although hurtful, indirectly led to better things for me.  I saw a lot of the pain she was feeling was caused by negative and self-defeating thought patterns, and I tried to help her move past them.  But I did this with the distance with which one would tackle an intellectual problem.  She wasn’t a part of my life anymore, but I would even help a stranger who asked me for advice.

Four years ago, with big, scary times happening in my own life, I began to be less enthusiastic about helping.  It’s not that my feelings about her had changed, exactly.  I had let go years before.  It was just that I had limited emotional resources, and I had to save them for me.  I only heard from her once every few years anyway, so I figured she was moving on too.

But, then, yesterday, she wrote to ask for a favor.  A very big, many-thousands-of-dollars-and-lots-of-effort favor.  Even if she hadn’t done what she’d done back then, I would have thought twice about offering the help.  It was the kind of help you’d only offer to your closest inner circle – the way we used to be.  She wrote me a long, goopy, emotional email about how much she missed me and how I’d been the only person to ever believe in her.

Without anger, without any feeling, really, I wrote her back and told her what I’d never said before.  I told her about the devastating impact that she’d had on my life and those of the people around me.  I told her I had given everything I needed to give back then.  That, for me, the chapter was closed.

She told me she always thought that one day we’d be like we were before – like sisters.  She seemed to resent that I didn’t feel the same way.  She said she needed my help.  That I was the only one who could save her.  That she wanted renewed friendship between us.  I’ve known for 10 years that that would never happen, but, apparently, she’d spent that time being sure that it would.  It surprised me that two people who once knew each other as well as we did – she even lived in my house for a period of time, and I was in the room beside her the day she gave birth to her daughter  – could have come to two such different conclusions with the same set of information.

It was a good, if weird, reminder of why it’s important to see things without the rose-colored glasses on.  To see reality as it exists, not as you wish it to be.  There have been times in my life when I too have imagined things as I thought they should be and then ached when they didn’t turn out that way.  When I have loved and have not been loved back the same way, the way I wanted to be.  So, I can’t be mad at her.  I was a character in her story long after she’d ceased to be one in mine.  I have ghost characters like that too, inhabiting my dreams, coming to me in a song or a smell long after they’ve forgotten me, long into the crackling echoes of their silence.

All I could feel was compassion.  It hurts to be the last one to let go.  But it’s also hard to find out you’ve been a real presence to someone whom you’ve long since written out of your life.

For a long time, people who knew I was connected to her on Facebook asked me what in the world I was thinking staying in touch with her after everything she’d done.  I suppose I accepted her friend request and kept her on because I didn’t want her to feel guilty anymore.  After our exchange, on a hunch, I checked and noticed she’d unfriended me.

We were both finally free.

This website uses cookies to improve your experience while you navigate through the website. Out of these cookies, the cookies that are categorized as necessary are stored on your browser as they are essential for the working of basic functionalities of the website. We also use third-party cookies that help us analyze and understand how you use this website. These cookies will be stored in your browser only with your consent. You also have the option to opt-out of these cookies. But opting out of some of these cookies may have an effect on your browsing experience.
Necessary Always Enabled
Necessary cookies are absolutely essential for the website to function properly. This category only includes cookies that ensures basic functionalities and security features of the website. These cookies do not store any personal information.
Non-necessary
Any cookies that may not be particularly necessary for the website to function and is used specifically to collect user personal data via analytics, ads, other embedded contents are termed as non-necessary cookies. It is mandatory to procure user consent prior to running these cookies on your website.
SAVE & ACCEPT
When cabs attackWhat's New 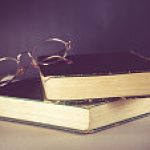