Secret Side of EmptyPortrays Life of Undocumented Immigrant

Leonia, NJ (May 21, 2013) – Maria E. Andreu (www.mariaeandreu.com), writer, immigration rights activist and once DREAMer, has signed a contract with Running Press, a Perseus imprint, to publish her first novel, The Secret Side of Empty, in the spring of 2014.  Writers House negotiated the contract.

Largely autobiographical, The Secret Side of Empty is a young adult novel that tells the story of “M.T.,” an undocumented teenager living in fear of exposure and deportation.  The plot loosely follows the life experiences of the author, who earned her citizenship through the Immigration Reform and Control Act of 1986.

“I wanted to give a voice to the millions of DREAMers living in the United States,” said Ms. Andreu.  “This story aims to humanize Dreamers – essentially acculturated American citizens who live in fear because of a legal glitch that hasn’t yet been fixed.”

The term “DREAMer” refers to individuals who meet the general requirements of the Development, Relief and Education for Alien Minors (DREAM) Act.  According to the Immigration Policy Center, DREAMers must have entered the United States before the age of 16; have lived continuously in the United States for at least five years; must not have committed a felony or “significant” misdemeanor; and must be in school, graduated from high school, earned a GED or served in the military.  There is an estimated 1.4 million DREAMers in the U.S.

Maria E. Andreu is a writer living in Leonia, New Jersey.  In addition to her novel, she has written essays and op-eds in a number of publications, including Newsweek, The Washington Post and The Star Ledger.Maria’s blog, 51 First Dates After Divorce, was just named one of the year’s “10 Best Dating After Divorce Blogs” by DatingAdvice.com.  Maria is currently working on her second novel. 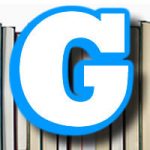