Because, you know, the Port Authority isn’t bad enough on its own.

Pardon me while I indulge in just the teensiest rant about it.  While there is no accounting for idiots, I can’t help but think that the wall-to-wall coverage the Boston bombing has gotten is going to inspire stunts like this one.  My only comfort is that the surveillance cameras I loathe are going to help identify this rocket scientist before I wake up tomorrow morning.  Or, let’s be charitable and assume that the homeless lady who carts around 8 suitcases maybe just accidentally left one behind.

The one highlight of an otherwise truly unfunny situation?  The quote attributed to a cop investigating at the scene:  “No one would have been injured unless the box landed on your head.”  Oh, New York’s Finest, how your dry humor amuses me.

This website uses cookies to improve your experience while you navigate through the website. Out of these cookies, the cookies that are categorized as necessary are stored on your browser as they are essential for the working of basic functionalities of the website. We also use third-party cookies that help us analyze and understand how you use this website. These cookies will be stored in your browser only with your consent. You also have the option to opt-out of these cookies. But opting out of some of these cookies may have an effect on your browsing experience.
Necessary Always Enabled
Necessary cookies are absolutely essential for the website to function properly. This category only includes cookies that ensures basic functionalities and security features of the website. These cookies do not store any personal information.
Non-necessary
Any cookies that may not be particularly necessary for the website to function and is used specifically to collect user personal data via analytics, ads, other embedded contents are termed as non-necessary cookies. It is mandatory to procure user consent prior to running these cookies on your website.
SAVE & ACCEPT
A bittersweet freedomWhat's New, Writing 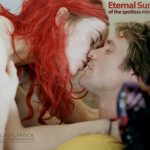 The best movies about break-upsWhat's New