I have always had a thing for Superman.  I remember going to see the original Christopher Reeve movie when I was 8 years old and being enthralled.  I mean, tights, people.  And truth, justice and the American way.  What’s not to love?

The irony did not strike me until I saw this campaign by Define America, timed to coincide with the big blockbuster release of the latest Man of Steel movie:  Superman was an immigrant.  And not just any kind of immigrant, but an undocumented one.  I know he did not “wait in line just like everybody else,” when his spaceship dumped him in that corn field.  But people were mighty grateful to have him use his gifts to help America out.  Since he was a baby when he was rocketed over here by his parents, does that make him eligible for the DREAM Act?  Oh, wait, the DREAM Act was just voted down.  Again.  Out of luck, Superman.

The campaign aims to expose how irrational and hate-fueled much of the rhetoric about immigration has become and how immigration hard-liners fail to see the human stories behind the statistics.  Yes, I know Superman is a fictional character.  But he’s a great metaphor for the position that so many immigrants find themselves in.  This is the only planet he’s ever known.  And he’s a pretty hardworking guy. Should we “send him back where he came from?”  And if we let Superman stay, then why him and not others?

If you head out to the multiplex this weekend to catch the flick (I know I’m going to), remember that “truth, justice and the American way,” just took on a whole new meaning.  The guy upholding the “American way” snuck across the border (of the atmosphere) without papers.

Click here to read the article on the Define America campaign.  It’s a hoot. 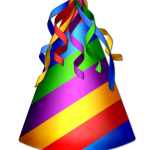 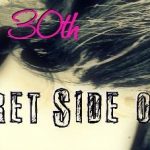