Yesterday, I rewrote a chapter from my work in progress to give my protagonist and her love interest a bit more backstory. I sent it to a trusted and talented fellow writer and critique partner (big smooch, B, I know you’re reading) to see if I was on track. She rightfully pointed out that one paragraph, in which the protag is afraid she might faint at the sight of an old crush, was a bit too much.

She was right, alas. I loved that damn passage, but it didn’t fit. Kill your darlings, they always tell writers. But I couldn’t, completely. I killed it from the novel but thought to resurrect it here, give it a second life and tell you the real story. Which is decidedly less romantic than the fiction I attempted to spin from it.

So here you go: the story of the day my First Kiss made me faint, about 16 years after the last time I kissed him.

When hormones hit me around age 13, they flattened me like a steam train. One day I was playing with the proverbial Barbies, the next I was a teenage horn dog lusting for some kind of attention from the opposite gender. I wasn’t sure what, exactly. But it had to happen fast. All I saw were boys, everywhere.

Breathless stories of make-outs began to be exchanged at the 8th grade lunch table. They’d probably happened before, but that’s when I started paying attention. But I didn’t just want make-outs.  I wanted movie kisses, high romance. I wouldn’t even dream of sex for another half a decade.

I looked around for candidates and settled on the paper boy who lived across the street. No matter that he had just a few stray dark black hairs growing at the corners of his mouth, Cantinflas-style. Or that he wore all the wrong clothes. In short order I convinced myself he was the most swashbuckling heartthrob in all of northern New Jersey. I wrote in my notebooks about his eyes the color of honey. I spied on him through the window when he was on the block.

One cannot stoke the furnace of desire that hot and not send out some signals. I forget who I told that I liked him, some friend of an acquaintance of a cousin. (Somehow it never crossed my mind to take a stroll across the street and do it myself). The message came back: we should hang out. My dream man was making ready for me.

We made plans to “hang out” at the top of our hill on a date certain. I readied and primped. I put on my favorite, salmon-colored, pegged jeans, high style in 1983. Then my little brother got on his scooter, hit the saddle between the living room and entryway, went airborne and landed chin first in a splat of blood and ruined plans. He required stitches. My romantic life was over, I feared, when my mother insisted I go with her to the hospital because she didn’t speak English.

It was hours before I could make it to our designated rendezvous spot after the hospital visit. He was sitting on a stranger’s stoop. I ran up and offered breathless apologies. He grabbed my hand and somehow pulled me in enough to clue me that I should bend at the waist and kiss him while he remained seated.

I did kiss him then, full on the lips. My very first kiss. No tongues were involved, but it lingered deliciously. It was uneventful except for the fact that when I was straightening up he ran his hand down my back and almost imperceptibly grazed my butt. It felt like Pop Rocks started going off on the spot where he’d touched, where no boy had touched before.

I left in a cloud.  Such romance, I told myself.

Our love story did not go on long. One day, maybe a week later, my parents went out and left me alone. Seems I was not the only one watching out windows, because about five minutes later, my bell rang. There was my dream man ostensibly at my house to collect payment for the newspaper he delivered to us.

But it turned out he was there to collect a whole ‘nother thing. When I told him my parents weren’t home and I didn’t have the paper money, he stepped in my foyer and immediately sprouted eight arms, touching me everywhere, kissing me with slobber and a muscly tongue. I put my hands on his chest and pushed him away slightly. He put his hand on my crotch, an escalation so shocking that I smacked his hand audibly.

“You do me, then,” he said, grabbing my hand and putting it on his corresponding part, which felt weirdly alive through his pants. Do what, exactly, I wondered. The peck we’d shared the other day was the only time I’d touched a boy anywhere.

My dream man evaporated right that second, his honey eyes melting off and hardening with a selfishness and lack of tact I found incredibly unappealing. Somehow I turned him around and pushed him out my front door. I never spoke to him again. Despite the fact we lived across the street from one another, I avoided him handily and he, luckily, moved on fast.

Sixteen years later, I was standing in line at the CVS near my new business. I had a small secret no one could yet see: my daughter was a little wiggly zygote in my still-flat belly. I had recently started the new business and was amused to discover that the guy who owned the restaurant next to it was from my old neighborhood. I didn’t connect the dots that he was a friend of Octopus-Boy until the day at CVS. As I stood in line, I heard, “Oh my God, Maria? Is that you? Johnny did mention you had a business around here.” I turned around. It was Octo-Boy. Or, now, Octo-Man.

My head swam light. I heard a funny swooshing in my ears. I passed out, clean away, right there on line in CVS. I hit the deck hard.

Pregnant women faint sometimes. Pregnant women who’ve forgotten to have breakfast faint with even more regularity. But I wasn’t showing, so I’m sure Octo was convinced that my smelling salts moment had something to do with him. And he might have been at least partially right. I was shocked to see him when I turned around in this whole new place, in my whole new life. But not in a good way.

Somewhere is a guy telling the story of how I fainted at the sight of him a decade and a half after we last saw each other. He is full of swagger about the lasting power of his charms. Little does he know.

This website uses cookies to improve your experience while you navigate through the website. Out of these cookies, the cookies that are categorized as necessary are stored on your browser as they are essential for the working of basic functionalities of the website. We also use third-party cookies that help us analyze and understand how you use this website. These cookies will be stored in your browser only with your consent. You also have the option to opt-out of these cookies. But opting out of some of these cookies may have an effect on your browsing experience.
Necessary Always Enabled
Necessary cookies are absolutely essential for the website to function properly. This category only includes cookies that ensures basic functionalities and security features of the website. These cookies do not store any personal information.
Non-necessary
Any cookies that may not be particularly necessary for the website to function and is used specifically to collect user personal data via analytics, ads, other embedded contents are termed as non-necessary cookies. It is mandatory to procure user consent prior to running these cookies on your website.
SAVE & ACCEPT
One thing I’ve noticedWriting 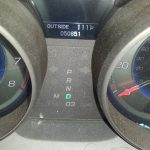