Here’s what you will be told:

It sucked the breath out of me.  Goddamn it, yes.  Find a man.  Seek protection.  As if all my terror of the last five years – hell, the last 25 years – hasn’t been about that, my failure to accomplish that.  As if all my wrong choices, the bullshit I’ve put up with when it was well past time to walk away, the scraps I’ve been tossed, hadn’t all been fed by that emptiness.  It made me sad to realize, to be exposed that way, to know I’ve been told and I’ve listened.  Like an obedient child.  After it’s all said and done, don’t I still think that the world is scary?  Don’t I go into it every day afraid?  What would that world be like, the one where women don’t make bitter compromises for the illusion of safety?  It’s a world I hope my children will see.  Hopefully one they will help create.  Maybe it’s one other women are living in, although not too many that I see.

Then the piece tries to show the way out.  It goes on,

Here’s what I’m telling you,

Everyone’s making everything up

No one is coming

No one is going to

Is it wrong that the “solution” sounds just as scary as the problem?  If I believed for certain that rescue wasn’t coming – the writing career that pays the bills, the man who finally wants to stay – I don’t understand what all this struggle is for.  Oh, I know the bullshit answer.  Be the rescue you want to see in the world.  It’s supposed to be empowering, knowing that no one is coming, no one is in charge, and when the lights go out they stay out.  That’s not soothing, that’s freaking lonely.  I don’t want to rescue myself.  It defeats the whole purpose of rescue, of the dream of finding the little meandering cobbled alley that leads you to the house where things finally feel like you’re sheltered from everything.  It is a door I’ve been seeking my whole life.  I don’t want to hear it’s an illusion.

So, yes, I want to read this piece to my daughter because I want her to be the kind of woman who believes this stuff.   But I am the kind of woman who doesn’t want it this complicated.  I do want to feel soft and safe.  I do go out into the world and feel it’s a dangerous and ruthless place for a heart that feels things.  I do feel lonely with most people.  I do wonder how to find more people like me, other people who hear words chattering in their heads, begging to be written down.

And, after figuring out all the things that you will be told, what if you still can’t do anything?  What if they’re so dyed into the fabric of your experience that you don’t know how to bleach them out without losing something real and substantial?

So I guess I want to be the kind of confident, brave woman that Eve Ensler encourages young women and girls to be.  But I have no idea how.  And at this moment, reading Eve Ensler, that makes me sad. 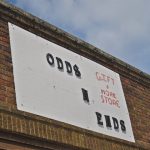