I bailed on speed dating this weekend.  Allegedly (and I say allegedly because this is story that I told myself, but I don’t believe for one minute) it was because I was knee-deep in the offspring room renovation.  They’re coming back soon and I want everything perfect.  Managing the floor refinishing, painting, baseboard replacement, bed delivery, contractors and other sundries has been a bear.

So that’s my story.  But that’s not really it.

I signed up with such hopes.  I actually kind of love speed dating.  Although I haven’t met a single viable candidate through it, there’s something so exhilarating about meeting 8+ potentials all in one night.  One push-up bra survival session, one make-up application, one night of totally illogical shoes and yet eight dates!  Think of all the primping time and wardrobe misery it saves.  What’s not to love?  And, actually, the one I signed up for on Saturday promised 20 dates, although I’m not even sure how that’s logistically possible.  Unless it involved a boot-camp-like endurance of man after man droning on about himself for 4-minute intervals.  One thing I love about speed dating?  No need to bring your A game because men do all the talking.  Even if you marry him and have 12 of his babies, he’ll never again tell you as much as he does during that first 4-minute date.  It’s like his life depends on him selling you a used car in under 4 minutes.

But, despite all this, the fun, the minimal effort required to participate, I couldn’t do it.  Couldn’t leave my kids’ half-finished rooms.  Couldn’t bring myself to dye my roots in time.  Couldn’t bear to break out the Bliss Triple Oxygen face mask and the musky perfume and war-paint myself up.  The truth is, I am getting much worse at forcing myself to do things.  I tried to dangle the carrot of the great blog post I’d write about it – Back on Speed, it was going to be called.  Get it?  Speed?  The cleverness of the title enticed me much more than the prospect of going back out in the world to meet more strangers.  Alas, it didn’t do the trick.  Somewhere, some lonely speed dater got stiffed out of his 20th date because I was a no-show.  And I am officially date-weary.

The lesson?  Don’t sign up for a thing in the hope that it will seem like a good idea later.  And, maybe, slow down because there’s no need for speed.

SAVE & ACCEPT
Here’s what you will be toldWriting 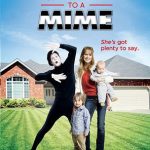 I want to be a DillionaireWhat's New, Writing