Channel Thirteen, the New York local PBS station, has revealed a series of ads mocking reality tv shows.  It makes me the teensiest bit guilty that I’ve neglected the station that saved me from boredom in my preschool years.  Oh, Channel Thirteen, I’m sorry I’ve strayed.  Well, kind of.

The ads are clever promos for reality tv shows… that don’t exist.  Dillionaire, about a pickle maker. (A bonus to the ad agency guy who dreamed up that title).  Bayou Eskimos.  Bad Bad Bag Boys.  And, my favorite:  Married to a Mime.  What night is that on?  I want to start watching that, stat!  Can you imagine the arguments about who takes out the garbage?  The long-suffering wife looking to have a heart-to-heart while her husband tries to get out of an imaginary box?  The kids wanting to grow up to be like dad and refusing to speak?  Not putting Married to a Mime in production immediately is a serious oversight on somebody’s part, now that Channel Thirteen has put the idea out on the table.

Of course, Channel Thirteen is not trying to sell us on Bayou Eskimos.  It’s trying to tell us there is something better to watch than brides acting like idiots during wedding prep and dudes wrestling alligators.  Ummm… I guess.  But I don’t particularly want to be shamed for my choices of entertainment.  I read books on drug policy and the Supreme Court AND I know everything that’s going on on Real Housewives of New Jersey (I mean, federal indictment, people!).  Can’t I be the woman who enjoys both?

I don’t know if the hand-wringing about the state of television is good.  If the goal is to make the small group of people who watch PBS feel superior to the people who watch Bravo, then I guess mission accomplished.  But if the goal is to get more viewers, is putting down the (very successful) competition the way to go?  Lure me with the honey of your fabulously educational programming, PBS.  Don’t pour vinegar all over me just because after a long day’s work I want to see whiny faux rich women call each other bullies and try to express emotion through their Botox-frozen faces.  I like it.  I do.  I like you too, but in a different way.  It’s not you.  It’s me.

Still, despite their somehow “off” message, the ads are genius.  Check them out:  Click here.

This website uses cookies to improve your experience while you navigate through the website. Out of these cookies, the cookies that are categorized as necessary are stored on your browser as they are essential for the working of basic functionalities of the website. We also use third-party cookies that help us analyze and understand how you use this website. These cookies will be stored in your browser only with your consent. You also have the option to opt-out of these cookies. But opting out of some of these cookies may have an effect on your browsing experience.
Necessary Always Enabled
Necessary cookies are absolutely essential for the website to function properly. This category only includes cookies that ensures basic functionalities and security features of the website. These cookies do not store any personal information.
Non-necessary
Any cookies that may not be particularly necessary for the website to function and is used specifically to collect user personal data via analytics, ads, other embedded contents are termed as non-necessary cookies. It is mandatory to procure user consent prior to running these cookies on your website.
SAVE & ACCEPT
Losing speedWriting 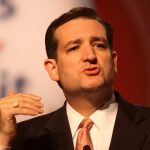