The role of dopamine was discovered by some rat sadists… er… I mean researchers experimenting on rats in the 1960s.  They put an electrode in what they thought was the pleasure center of the rat’s brain.  Every time they stimulated it the rat’s brain released dopamine.  Soon the rat would do anything to activate the electrode, including running over electric shocks until it burned its feet and hit a lever until it dropped from exhaustion.  This was such exciting stuff (for the researchers) that soon they moved to performing similar experiments on humans.  And the humans acted in much the same way as rats.  Here’s the thing, though: the humans could talk.  And what they described was not pleasure, but desire.  The shocks made them feel like any minute they were about to experience some wonderful pleasure.  But it left them feeling dissatisfied so they kept going back for more.  And more.  Dopamine, it turned out, was not the hormone of pleasure, but of wanting.

Lightbulbs started flashing over my head as I read this.  Thinking back, I could think of a thousand ways I obsessively do things, feeling like the wonderful prize is so tantalizingly out of reach… but almost achievable.  It explains so much!  Like refreshing email a hundred times a day, hoping for the email from the guy who stopped emailing months ago.  Each time the little thrill, right before the refresh.  Maybe this will be the day!  Or the thrill of spying the little blue and silver Red Bull can, even before buying it, then the inevitable letdown once it’s popped.  It’s not the having, it’s the wanting.  I’ve been firing off dopamine in my brain like a junkie with a needle in her arm.  Wanting has been my drug of choice.

The unsatisfying nature of wanting is obvious, of course.  It just leaves you… wanting.  It is not satisfaction.  You have nothing to show for it.  Being driven by want instead of by long-term goals means you’ll always feel a little empty, ready for the next fix of dopamine.  So, giving in to the silver and blue can because it promises happiness just leaves me 110 calories and 27 grams of sugar away from my goal of living a healthy lifestyle.  (Yes, I’m reading that off the Red Bull can I just finished).  And refreshing email inevitably leads to a little letdown, leaving me ripe for more dopamine-seeking behavior.  Curse you, wanting.  You have let me down.

Discovering this has actually made me very happy.  I love figuring out how things work.  The truth of it hit home immediately and pointed the way for choices based on what I really want, not some elusive reward that never shows up.  Dopamine (and Red Bull)… I’m on to you.

If you’re a behavior geek like I am, I highly recommend the book.  It’s called The Willpower Instinct by Kelly McGonigal, PhD.  She’s a researcher at Stamford.  She’s  filled the book both with synopses of studies in a way that’s highly accessible to the layperson, as well as fun and actionable ideas of how to put the findings into motion in your own life.  Based on a willpower course she’s taught for many years.  Click here to read more. Good luck, fellow dopamine junkie! 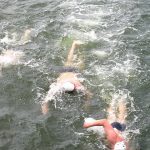 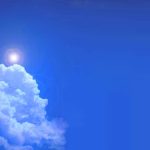 What the blue sky meansWhat's New