Today marks the beginning of a series called “Words that have stuck with me.”  It will be a collection of short pieces about a single phrase that changed my mind, stuck with me, made me a better person, terrified me, or in some other way has proven memorable.

The idea occurred to me today while lunching at Whole Foods.  Whole Foods is where I go to self-soothe.  It’s a great place for that because the entire thing exudes an air of “everything is taken care of.”  Things are well organized.  Displays are gorgeous, fragrant and inviting.  Carts are never abandoned willy-nilly in the parking lot (it’s so orderly out there that I will walk several rows to put my cart in the cart “house” – proof that “Broken Windows Theory” really does work, at least at Whole Foods.  Never heard of Broken Windows Theory by George Kelling?  Click here to read more about it and go love you some 1980’s era Rudy Giuliani.  Okay, kidding about Giuliani, but Broken Windows Theory is interesting, though not undisputed).

Anyway, so there I was in normally pristine Whole Foods, sitting at a table that was still wet from being wiped clean by the ever-vigilant worker.  And that’s when I noticed it:  someone had carved an “R” into the tasteful wooden top.  Suddenly I was in the fourth grade all over again, with a grouchy nun haranging some kid whom she’d just caught carving initials into the wooden desk.

I felt like I always felt when the nuns were savaging some other kid – thank god it’s not me.  I wasn’t exactly above writing on school desks, although my defacing of choice was adding a little bead of Elmer’s glue and waiting for it to dry into a little wart-like thing (it dries clear!  It’s amazing!) only to add another bead on top of that, then another, then another.  But on this particular day I was neither scribbling nor gluing, just sighing relief that it was someone else who’d gotten caught doing the wrong thing.

And that’s when the nun said it:  “Would you write on the furniture at your house?”

Bam.  It hit me right between the eyes.  Because, no, of course I wouldn’t write or make glue towers on the furniture at my house, under penalty of death but also something else, some unnamed desire to keep things looking pretty and orderly at home.  Until that moment, furniture at school hadn’t been real furniture, just like teachers weren’t real people and school lunch wasn’t real food.  (Okay, so the school lunch thing might still be true).   But in that moment the nun helped me realize that, yes, it was real furniture.  And in her own little Catholic school version of Broken Windows Theory, she knew that if we didn’t take care of our desks we’d care less about a lot of other things too.

I never wrote on another piece of school furniture after that day.  But, more than that, it helped me understand that there are standards, ideas we live by, that apply no matter where you are or who is around you.  Ideas that are inside you and not imposed by the environment.  After that, I wanted to be the kind of person who took care of desks.  And I was. 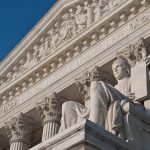 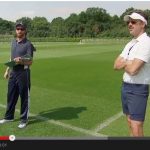