Today I celebrated the start of another session of the Supreme Court by reading an interview that Antonin Scalia, super-conservative justice, gave to New York Magazine.  And my conclusion is this:  am I too young to think our country is going to hell in a hand-basket?  Because I think we’re fucked, people.  Honestly.  And you’ll understand why it’s important that I use that precise word a bit later on.

But, for starters, my history with the court.  I was intrigued by the Supreme Court since when I learned of its existence.  I can trace it back to the 1981 movie, First Monday in October, with Jill Clayburgh as the (then) imaginary first female Justice, which came out around the same time as the actual first female justice, Sandra Day O’Connor, was appointed by Ronald Reagan.  I was 11 years old at the time and I thought both Jill Clayburgh and Sandra Day O’Connor were the coolest women ever.  I thought the Supreme Court was pretty cool too.  It was enveloped in a mystique and a scholarly and sober air.  You didn’t know a lot about these people, but what you did know is that they had things handled.  As the Court of last remedy, they took on the hardest issues of our time.  We were okay.

Well, it’s not 1981 anymore and I’m not 11 anymore.  I’ve learned a lot more about the Supreme Court since then, including in two of Jeffrey Toobin’s fascinating books about the inner workings of it, The Nine: Inside the Secret World of the Supreme Court and The Oath: The Obama White House and The Supreme Court.  I learned that they’re human and petty and irrational just like the rest of us.  So I shouldn’t have been surprised by Scalia’s interview.  But I was.

In it, Scalia comes off as a curmudgeonly and out-of-touch old white guy.  Okay, we can accept that in our Supreme Court Justices.  What I can’t accept are attitudes he holds that clearly affect his judgement and which prejudice some Americans.  For example, he says that, “there are some intelligent reasons to treat women differently. I don’t think anybody would deny that.”  Newsflash, jerk, here’s somebody denying it.  (The piece is a gem.  Honestly, click here to read it).  He goes on to lament the “courseness of manners” in modern society by saying, “You can’t go to a movie—or watch a television show for that matter—without hearing the constant use of the F-word—including, you know, ladies using it.”  Ladies, people.  Because we want the guy holding the scales of justice to have attitudes about women minted circa 1890.

He was an idiot about gay people, “I have friends that I know, or very much suspect, are homosexual” and said stupid things like, “I even believe in the Devil. Of course! Yeah, he’s a real person.”  (A real person?  I don’t think even the little old nuns at my Catholic school thought that).  But possibly what I found most disturbing is where this grand old sage gets his information:  talk radio.  When asked about his “media diet,” he said he reads the Wall Street Journal and the Washington Times (both conservative) and “talk guys.”  Because nothing says considered reasoning like Rush Limbaugh and Sean Hannity.  And, I don’t know what this says about the decay of Western Civilization, but he also watches Duck Dynasty.

Scalia is one of the leaders of the “originalist” and “textualist” movement in the Court which believe that the Constitution should only be considered in the context which was intended when it was drafted and its words should only be strictly interpreted, exactly in the way they were more than two hundred years ago.  This is a relatively recent and reactionary view of the Constitution not previously held by members of the Court.  For starters, it is nearly impossible to arrive at reliable conclusion of what, exactly, the framers meant (can it even be assumed that they all meant the same thing?).  And, secondly, it ignores the fact that the framers themselves intended for the Constitution to be a living document.  It was a groundbreaking document drafted by progressive and forward-thinking men, now unfortunately in the hands of closed-minded, shut-down ones who want to live by an ideal that never really existed (at least in the case of Scalia).  They hate modern culture and evolving sensibilities and want to use the Court to freeze time in the era which most benefited them.

Here’s what this lady has to say on the subject:  Fuck that. 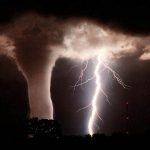 Tornado warning as plagues of locusts expected in the NortheastWhat's New, Writing 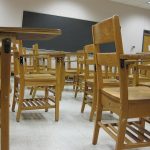 Words that have stuck with me: names in furnitureWhat's New