This past week I finally understood that something I really want is not going to happen. Of course I should have gotten this memo nine months ago (or, actually, about five years ago), but, hey, I am a slow learner.

I kept hope alive because waiting for the impossible has actually worked out pretty well for me in the past. As a teenager, I was an “illegal” immigrant (as if a human could be illegal – a post for another day). Then, magically, just in the nick of time an amnesty bill saved me from the abyss right as I graduated from high school. I always wanted to have my first child in my twenties and my daughter was born as I turned twenty-nine and a half, though even a year before her birth seemed unlikely. I found a literary agent and a publisher against huge odds in a competitive genre, I found the job that kept my house out of foreclosure the month my savings ran out… the list is long. When I wish for something fervently enough and do everything I can to make it come true, I usually make it happen.

But not this time.

I have a really hard time coping with disappointment. I mean… really. I turn it over in my head, think what I could have done or said differently, wonder what it is about me that makes me not worthy of this thing. My capacity for self-delusion (errr… hope) is epic. I regularly tell my next of kin that, should I suffer some incapacitating incident, no matter how vegetably I seem don’t turn off the life support because I will find the way to make it back. There is a part of me that thinks even this death thing might be up for renegotiation if I just fight it hard enough. Lesser impossibilities are even more frustrating since I haven’t yet conceded the final defeat.

But, well, you know… reality. It is a bitch sometimes. And when other people and their needs and wants are involved (and are in direct opposition to your own), it’s a big cup of Disappointment Soup. And, damn, is it bitter.

So I have compiled the following concepts while working through disappointment. I won’t be so arrogant as to call them tips or solutions… more like meditations for fellow travelers on Frustration Parkway:

In the moment, it feels like this disappointment is happiness-endingly, bone-crunchingly, permanently BAD. If you have ever suffered a disappointment in the same category before (and if you’re over 15, you have), it helps to remember that. For example, I’ve been laid off from a job and have been sure that it was the path to homelessness and horror. In reality it has always led to bigger and better opportunities. Do you think about the job you lost 10 years ago? No? Neither do I. In the throes of fresh disappointment, it helps to remember that one day this will no longer matter.

One of the reasons I find this particular disappointment so painful is that I am Sure with a capital S that this thing I want would be epic and the perfect thing for me and everyone concerned. The Universe seems to humbly disagree. When you’re up against the Universe in wanting to steer the ship, it always works out best if you let the Universe take the rudder. We mere mortals think we know what’s best for us, but very often we don’t. If you try and try to make something happen and it doesn’t, take note: there is another path for you. Don’t be so dense you miss the better thing while stubbornly clinging to the wrong thing.

3. Let go of romanticizing the thing you can’t get.

In my most honest moments I can see how this thing I want is probably not the best for me. It’s been attractive for a long time because it’s been unattainable. But, in reality, how good would it be if I got it? It’s tempting to put something you can’t get on a pedestal because… what’s the risk? It’s all in your imagination anyway. Reality is often dull compared to fantasy.

4. Believe good things are coming down the road.

This is the hardest one for me. I have the object permanence of a toddler and the faith of a… I don’t know. What doesn’t have a lot of faith? Me, that’s what. I can’t have faith in the thing that hasn’t happened yet if I don’t see any evidence of it. So I cling to the thing that has sort of, kind of happened, the thing I hope would get a little better down the road. For all my magical thinking, I’m actually a terrible, hopeless pessimist sometimes. So it’s hard to let go and trust that the right thing is on its way. But ya gotta.

For me this is working out to be true in a very literal sense. As a writer, I often plumb the depths of the things that hurt me. So, in a sense, by selling books that are informed by the things I’ve been through I’m transmuting my pain into something else. Not everyone is of that inclination, but there are other ways to harness pain- helping others, teaching a class, sitting your kid down and telling her the story. At the very least, pain makes us stronger. At its best it can put us on a path to heal that same pain in others. Who was it that said, “In the broken places, the light shines through”? It’s searing sometimes, but it makes us who we are.

6. Let yourself feel it

We live in an anesthesizing society. Some numb themselves with work, others alcohol or tv. Feeling the pain… it’s just painful. We’ve got a pill for that. The trouble with just numbing it is that it doesn’t go away like that. It takes really letting the truth sink in, unvarnished, stark, heart-breaking, until you can start to work through to the other side. The wonderful bonus is that when you do that you realize you really are strong enough to feel anything.

Writing, for me, is a way of feeling it. And, god, it effing hurts. But I’m still here.

So there you have it, one woman with a big collection of broken places trying to figure out how to let the light shine through. Hope this was helpful or, at least, thought provoking. And if you’ve got any more tips, suggest them and I’ll add them here. 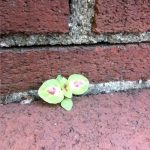