Women in Saudi Arabia are not allowed to drive.  They can’t leave their homes without a man.  Anytime they are outside where an unrelated male might see them they have to wear the full black robe and face covering.  So when I was invited to see Wadjda, the first feature-length movie filmed in Saudi Arabia, I was expecting to get mad about the position of women in that society.  And I did.  What I wasn’t expecting was to be uplifted by the universal strength of the human spirit or to feel myself kindred to women who live so far away and in such different circumstances.

Wadjda is, at face value, a simple story about an 11-year-old girl who wants a bicycle in a country where girls don’t ride bikes.  But it is much more than that.  Weaving a solid and unsentimental tale, director Haifaa Al Mansour shines a light on the restricted lives of women in Saudi Arabia without ever painting them as victims.  The characters in Wadjda are complicated, from the female school principal who upholds the stringent rules about women while exuding an effortless sex appeal and hiding her own secret love, to the (stunningly gorgeous) mother who loves the husband even as he’s about to break her heart and take a second wife.  Of course, at the center of it all is Wadjda, played beautifully by first-time actress Waad Mohammed, indomitable, clever, mischievous, as she schemes to save up money for her symbol of freedom:  a green bike.

Director Al Mansour said recently, “I wanted to make a film that when I see it, I feel powerful.”  There are no easy answers in Wadjda.  Women are still prisoners in their homes and subject to the whims of men.  And yet, somehow, at the end of Wadjda, you feel powerful.

The very fact that Wadjda got made is a triumph in a country with no movie theaters and no film industry.  Director Al Mansour, not allowed to be in public with her male crew, had to direct from a van via walkie talkie.  Yet she insisted on making the film in Riyadh instead of a similar-looking but less restrictive Middle Eastern country.  She wanted to film in Saudi Arabia for the authenticity of it.  I found it fascinating, seeing the streets of a country I’ve read so much about but have never seen portrayed in film.  And I wasn’t the only one.  At a screening in Saudi Arabia, a young person went up to Al Mansour and said, “I understand, I feel how Americans feel now when they see an American movie.”  And I can relate – I know whenever I see the New York City skyline in a film I feel a little thrill, an experience I’ve had scores of times (living, as I do, next to the most-filmed city in the world).  How exciting for Saudis to see their country portrayed that way for the first time.

I do marvel that it happened at all.  Wadjda is a subversive film which leaves you convinced that it will be impossible to keep women down forever.  If you love a glimpse into that common spirit in each of us that will not be denied, Wadjda is the film for you.

Local peeps, Wadjda is playing at Lincoln Center  and Montclair (where I saw it).  Otherwise, click here to find theaters playing it in your area. 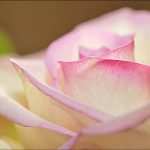