1.  I have a cat named Hermione and another one named Katniss.  Katniss = my all-time favorite name for a cat.

2.  I was once on my high school modeling club, although I am only five foot six and, believe me, am no model.

3.  I started my first novel at age 12.  I called it Look Me Up on Easy Street (a reference to wealth, not the other kind of easy).  I broke every rule of “write what you know” with that one and it has, mercifully, been lost to the ages.

4.  I began to work on my original version of The Secret Side of Empty with the teacher who also helped the author of The Devil Wears Prada.  One of the things I love about living near New York City is that the literary community here is amazing.  I am really lucky.

5.  My mom taught me to write when I was four years old.  In Spanish!

6.  I crossed the Mexican border into the United States undocumented when I was eight years old.  Wait, maybe you knew that one because of the story of TSSoE.  But did you know this?  I did several cartwheels while doing it because I was so dreadfully scared and wanted to “blend in.”  Hey, I was 8, okay?

7.  I can recite a bunch of passages from Shakespeare from memory, including my favorite, “Out, out, brief candle,” from Macbeth.  Thank you, totally unreasonable 7th grade Gifted and Talented teacher.

8. There is photographic evidence of me in a belly shirt and big Madonna hair at 15 years old.  Which I will work hard to keep hidden.

9.  I worked for a lawyer while putting myself through college.  I learned to read legalese.  Which came in handy when reading my book contract!

10.  A homeless man once proposed to me while I was at the Port Authority at 3:00 a.m. waiting to get home from a club.  By passing me a note that said, “Will you marry me?”  It’s probably the most romantic of the three marriage proposals I’ve gotten. 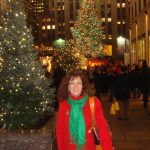 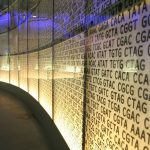 Life According to Sam – a documentaryWhat's New