I have lived right outside New York City just about my entire life.  One of my earliest acts of independence was to sneak into the Village at fourteen while my mother thought I was at a friend’s house.  We ate Ray’s Pizza and bought postcards of James Dean – hardly revolutionary – but it was then that my feet began to thrum with the energy of New York City sidewalks.  I Loved It.  All caps like that.  Loved.

My love affair continued past my teens and into my twenties.  All grown up, I discovered the theater and museums and other things, too, like walking tours and film festivals.  I internalized the thinking, “If you can make it there, you’ll make it anywhere.”  Of course we were the elite, the New Yorkers.  I fancied that the best and brightest from everywhere else naturally rose to the top – our city – and created a wonderful soup of talent and ideas unparalleled in space and time.

Here’s the thing:  despite this passionate love affair, I had managed to make my living just outside New York City but never in it.  Throughout my twenties I owned my own business in the same New Jersey suburb where I lived.  Then I had babies and a financially supportive husband.  When it was time to re-enter the work force I had magic luck about finding one telecommuting position after another.  When that luck ran out, I found a job in Westchester County, a drivable commute.  Not excellent, but made easier by my CDs and going against traffic.  Alas, that company was sold a year after I started.  It was back into the work pool.  And, finally, it was a job smack dab in midtown Manhattan.  For the first time.  In my late thirties.

I quickly learned that my love affair with Manhattan had been sustained by our distance.   Manhattan had been my romantic lover, showing up every once in a while with luscious red roses.  When we married and moved in together, reality hit quickly.  My job, a few blocks away from the Port Authority Bus Terminal (that gray ode to mediocre mid-twentieth century architecture) was what most people considered a “sweetheart commute.”  All I had to do was get on a bus in my sleepy little New Jersey suburb – a Turnpike express! – which would leave me right in the center of town within a half hour.

It did not work out that way.  While buses ran often, it was only at the mercy of the traffic gods that the express bus lane was uncongested enough get me to Manhattan – just nine miles away from my house – in anything less than an hour and fifteen minutes.  The traffic gods were pretty vengeful, it turned out.  My fellow bus passengers were even worse.  As a coping mechanism, I cataloged on Facebook the many ways they offended all my senses (they were a creative bunch) by wearing clouds of noxious perfume, sticking their elbows in my eye while they applied makeup beside me or reclined their seats well into my lap.

But that was nothing compared to what awaited me once the coughing bus disgorged me into the gray gray bowels of the fume-filled Port Authority.  We were not alone, you see, but in a snaking line of other buses vomiting up stone-faced suburbanites, each staring at phones exactly at clavicle level while they intuited their way around, as if they were all performing an exercise designed to help them feel what it’s like to be blind.  Stumbling around one another aggressively, they shoved into two lines to get down stairs and then join even bigger rivers of other humans to get to the escalator that would take us down to street level.

Like in a video game, complexity ratcheted up when I reached this new level, this “street.”  Like a game of Frogger, there were things to evade, like taxis aiming for your shins directly, but also less obvious obstacles, like aggressive flyer peddlers and tourists walking hand in hand but really far apart, effectively blocking off entire sidewalks while looking up and marveling at the American flags outside Lord and Taylor.  To add to the fun, new construction and scaffolding went up and down overnight, changing the landscape on a daily basis so that the “best route” was never the best route for long.

I changed jobs and found one that involved a subway ride on top of the bus ride.  That was worse.  It involved getting to know your local homeless population and stepping over puddles of liquids which do not exist in nature.  Then, my company moved back closer to the Port Authority.  Not quite as close as before, but at least cutting out the expense and horror of the subway.

It was around then that it occurred to me that I should look on the bright side.  In every hardship is an opportunity to grow.  Right?  Not too long ago, I made a pact with myself that every time I found myself fuming internally at the stupidity of a fellow commuter, I would redirect myself into thinking loving thoughts.  I figured the commute provided enough opportunities for growth that in no time I’d be a Zen master.

So it began.  Idiot who stepped right in front of me and knocked my bag off my shoulder… much love to you, sir.  Clearly your hurry is bigger than mine.  Hand-holding, sky-gazer tourists… how nice of you to visit!  Taxi driver, with your grimace and your foot on the accelerator… blessings be upon you as you earn your honest wage in this world.

It lasted three minutes.  Then a rickshaw nearly decapitated me and I went into a full-on internal rant of wondering why this third-world mode of transportation had suddenly become cool in a city with more motorized vehicles than humans (and, with 8 million residents, that’s saying a lot).  I was nearly at my office by the time I realized I’d given up on my experiment of sending loving vibes out into the world for every perceived slight.

I have not given up my experiment entirely.  I have, instead, decided to start smaller.  These days I tell myself I have to think one kind thing on the walk to and from the Port Authority.  It’s harder than you’d think.  I usually reserve it for someone in a wheelchair. 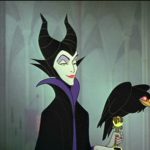 Why I love witchesWhat's New 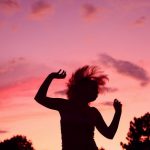 The death of twerkingWhat's New