The school from Footloose (you know, the one that banned dancing) is a real thing and it exists in…. Southern California?

Proving that grown-ups are still as stupid as ever when it comes to teen fads (reference: Elvis pelvis-grind) a school has added twerking to its list of banned dances. Yes, it has a list (which also includes “freaking” and “grinding.” Extra points if you know what either of those are). Because nothing makes something uninteresting to teens like school officials banning it.

Also in the student handbook:  “No front/back touching or grinding.”  Umm… these guys have met teenagers before, right?  What is the point of going to a dance if you can’t work out your budding sexual frustrations there?  What is a dance for if not that?

When I was in high school, our school dances drew teens from miles around. I went to an all-girls Catholic institution and, well, you know the thing about Catholic schoolgirls. Boys swarmed like flies. We got great DJs and danced like there was no tomorrow (very often just with our girlfriends, actually). We hired the DJs (usually the boyfriend of a senior) and paid him out of funds we raised ourselves. It took very little convincing to get him to play whatever song we wanted.

One of our favorite requests was a song called “Do You Want to Funk?” Besides the amusing double entendre, we plotted with the boys to play it because the nuns expressly banned it the week before each dance. Threats would be made – no more dances, lifetime bans for the offending DJs, calls to parents – which only sweetened the pot. At that age I had not yet partaken of the funking, but I loved to sing the refrain of that song at the top of my lungs with the rest of my naughty Catholic schoolgirl friends.

We usually saved the song for right before the time the dance was supposed to end. One time, the principal actually lumbered on to the stage and yanked the plug of the DJ’s turntable right out of the wall. Big, scary nun ripping the plug out of the wall, bringing the music scraping to a halt.  (Remember turntables?).  Epic hilarity. (If you are short your dose of 80s post-disco beats, I’ve helpfully linked to the video below).

So I have very little faith that the anti-twerking measures will be very successful. And, what’s more: I’m glad. Dancing is one of life’s great joys and banning any form of it is ridiculous.

Go forth and be young, Southern California high schoolers. And dance with all abandon.

For the whole scoop on this uptight bunch, read the full article in the Orange County Register.  My favorite line, “Twerkers may bump into people.”  Click here. 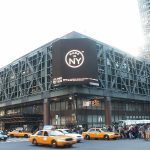 Zen walking meditations or… why my commute is killing meWhat's New 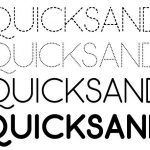