I may have just figured out why my romantic history is such a mess:  I love psychopaths.  Or, at least, I love men in professions most likely to be held by psychopaths.

What’s a psychopath, you wonder?  It has been variously described as a personality disorder characterized by shallow emotions (in particular reduced fear), lacking empathy and guilt and possessing coldheartedness, egocentricity, superficial character and manipulativeness.  (Ummm… honey, is that you?).  Of the top ten professions most likely to be held by psychopaths, all three of my major adult relationships have been in one of the professions.  (One guy, arguably, could be considered to have held two).  I have never been with a guy in any of the “least likely to be a psychopath” categories. Wonder what that says about me.

What are they?  Here you go:

Most likely to be psychopathic

Least likely to be a psychopath

What does that say about me and how doomed I am to never find a nice guy?  I don’t know.  But I think I’m going to go to my hair dresser and discuss it.  After that, who knows. 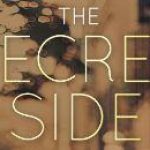 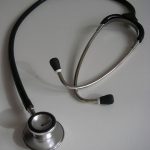 My heart and its troublesWhat's New