I am a hardcore pacifist.  I believe in peace.  I believe that all human conflict can be resolved non-violently and that in the future there will be no more war.  I just have to believe that because I don’t understand violence.  I’ve been angry, of course, many times.  But I’ve never particularly felt physically violent tendencies, never felt like punching someone to “win” something.  So I don’t have any understanding of how that plays out writ large on a national scale and how we as a society look for solutions through hurting other people.  I escort bugs out of my house rather than kill them.  It doesn’t compute that one presses a button knowing that it will ends lives.  I just can’t wrap my head around that.

There is some disconnect between feeling this way and living in the most militaristic nation ever known to man.  Whenever conversations happen about things like taxes and budgets and services for people, I always approach them from the place that we, collectively, must care more about the well-being of all humans, everywhere, than about making war.  I believe that soon we will begin to make different choices, like drastically reducing our military spend so that we can do things like feed babies.  We just have to, right?

It was during Veterans Day that it finally dawned on me that may never happen.  As I saw people posting pictures on Facebook of relatives in military uniform, I realized that our military spending is part of what passes for caring about people in our country.  Of course everyone believes in ideals like peace and caring for the poor.  But talk about closing an unnecessary military base or putting some workers who build tanks out of business, and watch the “anti-American” accusations fly at you.  We’ve been made to love war by getting our loved ones involved in it.

In my prime teenage rebellion days I made up a spoof on “Let There Be Peace on Earth,” a song they loved to make us sing at Catholic school.  My parody went:  “Let there be war on Earth, it’s good for the economy.  Let there be war on Earth, the war that was meant to be.”  It had the intended effect of scandalizing my fellow classmates.  It was meant as a (horrible, macabre, teenage) joke, but as an adult I am realizing that this is, in fact, the main thing that keeps the engine of our economy going.  If we didn’t build these tanks that will never get used and the air craft carriers that support a form of war that will never come to be again, how would our economic engine keep going?  I was naive to think we could just shift to providing health care and housing.  That’s just not how things work.  Change doesn’t happen so easily.

I heard a commentator calling our military spending “America’s job program.”  I thought that was cynical, but now I see it’s accurate.  We keep people employed just like FDR did during the New Deal.  The difference is that during the New Deal we made roads and during this jobs program we make death by drone.  Question that and you “don’t support our troops,” which, in American, is a label worse than just about anything else.

So I understand the pragmatic need to invest so that our economy will grow.  I can’t stop the dreamer in me from hoping that we can look at the big picture and decide to make investments that also elevate our national soul, like education and clean energy.  I do want everyone working.  I do want national pride.  I just don’t want it to come at the price of bloodshed overseas and among our (mostly minority and poor) men and women in uniform.  Here’s to dreaming for a day when we can have a holiday where we post pictures of the educators and explorers and that we, as a nation, revere peace and understanding and long life above all else. 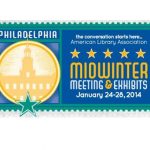 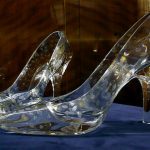 You are not a princessWhat's New