I have always had a thing for Wonder Woman. Today, I am wearing one of my several Wonder Woman T-shirts. I have a cute little Wonder Woman ring I got handmade on Etsy. On the door to my bedroom is a cartoon of her looking fierce and fighting off some dinosaur-like creature (I wonder what Freud would do with that). And on the inside of my front door where is a magnet that came in a birthday card my kids got me a few years ago. It’s Wonder Woman holding a grocery bag and a cell phone, with the call-out, “Mom’s got it under control.”

My fascination with her is long. I first remember her coming to my notice when I came back to the U.S. after two years away in Argentina from ages six to eight. I was eight in 1978, and the Lynda Carter TV show was in full swing when I got back. She mesmerized me. She was buxom in a way I found confusing and amazing (I prayed my endowment would be as generous. The boob gods eventually smiled upon me after faking me out with flatchested-ness until I was like 22. Thank you). She kicked butt. Her outfit stirred in me some vaguely patriotic sentiment I had developed during my exile. Plus, she had great hair. After that I began to bug my parents to get me the comic books. Action books full of female warriors were thrilling to me. It was unlike most of what I saw around me.

It would be years before I understood that there were some problematic aspects to her persona, like the fact that she mostly ran around in her underwear. (But then Superman’s costume is pretty objectifying too. Superheroes are supposed to be perfect physical specimens). Still, I loved her. I begged for the Wonder Woman Underoos. I drew her emblem on my notebooks. She was my symbol of power during a powerless time.

In the years since my childhood fascination, she’s become the symbol for power in other ways for me. The little taped image of her first popped up on my bedroom door when I finally made the decision to kick my cheating husband to the curb. (I feel bad saying that about him now, since he’s become a dear friend – much better than in the last few years of our marriage, back when whom he slept with mattered to me). It reminds me to be assertive and strong and to always decide what’s best for me and my kids. It reminds me to not be that scared little shell putting up with an unacceptable situation due to fear of self-sufficiency and change. It also reminds me to be grateful every day that I am the master of my own destiny and that my financial future is no longer in any way tied to the whims of a roving penis, nor ever will be again. Peace and power extraordinaire. Thanks for the reminder that I can do it on my own and call my own shots, Wonder Woman.

I look at the Wonder Woman picture on my front door most days before I walk out. Yes, Mom does have it under control. Tough but necessary decisions got her here. Maybe it’s the extra rigorous workout I got in with my trainer this morning, which made me feel like a warrior (Damn, I love the tire flipping). Maybe it’s the especially jaunty bounce of my new hair today or the fact that my eyeshadow came out just so. Maybe it’s that I am bringing in book events like mad this week without even trying. Whatever the reason, I feel like celebrating the Wonder Woman in me today. You decide to do the same!

This website uses cookies to improve your experience while you navigate through the website. Out of these cookies, the cookies that are categorized as necessary are stored on your browser as they are essential for the working of basic functionalities of the website. We also use third-party cookies that help us analyze and understand how you use this website. These cookies will be stored in your browser only with your consent. You also have the option to opt-out of these cookies. But opting out of some of these cookies may have an effect on your browsing experience.
Necessary Always Enabled
Necessary cookies are absolutely essential for the website to function properly. This category only includes cookies that ensures basic functionalities and security features of the website. These cookies do not store any personal information.
Non-necessary
Any cookies that may not be particularly necessary for the website to function and is used specifically to collect user personal data via analytics, ads, other embedded contents are termed as non-necessary cookies. It is mandatory to procure user consent prior to running these cookies on your website.
SAVE & ACCEPT
Only wordsWriting 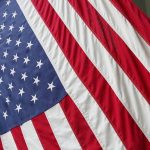