I have looked forward to few years as much as I have to 2014. First, as a fan of the number seven, there’s a certain mathematical sweetness to the number itself: 2014. And, second, of course, it is The Year of the Book. When you look forward to something for most of your life, having it arrive is pretty wonderful.

2014 brings with it other things to recommend it. It is the year Andreanna will start high school and Zach will start the last year of middle school. My plethora of iris will be 2 years old this spring, which means they’re settling in at home and are a year or so from dividing. It is still early in the winter but I’m really excited for gardening season and meeting the flowers from the bulbs I put in the ground last fall.

I know it’s the time of year to create “resolutions” but that always rings a bit false to me. I reinvent myself each morning, grateful for another day of breath, hopeful what the day might bring. I start every day resolved to be the best I can be. Sometimes I achieve it, other times I fall short. Oh, I have goals, of course. And it’s nice to be reminded to focus on them. But they form part of my constant reaching to be better, not some pop-culture-inspired list I’ll forget by mid-January.

So here’s what I resolve: I resolve to write here as often as I can. (I’d like to say every day, but I know it won’t be every day, despite my best intentions). I resolve to try to see the good in people. I resolve to act from my own good instead of my fear as much as I humanly can. I resolve to focus on gratitude rather than lack. After that, I hope the rest of it will work itself out.

May 2014 bring the happiest of everything to you and yours. 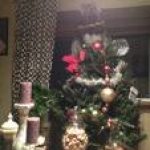 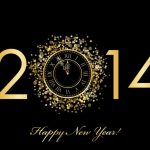 Write it on your heartWhat's New