I am a Real Writer.  All caps like that.  Not too long ago, I realized I’d been one since I wrote in my diary, at twelve years old, “Most of all, I want to be a writer.”  My book deal wouldn’t come until decades later, but that’s not what made me a Real Writer.

It was one thing that did it: I decided I was.

Almost as soon as I made that declaration in my diary all those years ago, I was taken over by shame and doubt.  How could I, a kid with no verified writing talent to speak of, say I was a Real Writer, that hallowed title that belonged to some of the humans I most admired?  How could I use a title that belonged to Shakespeare and Judy Blume and Tennyson and Orwell and L’Engle and all the other masters of worthiness whose names were splashed on the pages of the magic little packets of paper that saved me and uplifted me and made me whole?  What hubris.  What laughable overreach.

I didn’t dare say it again until college.  I’d written a paper in Shakespeare class that I knew had gone someplace new, reaching to new heights of courage and BS-ing.  My professor gave me the highest compliment she knew how to give: “This paper is good enough for the scholarly journals,” she said.  It was a paper on mothering roles in Macbeth and The Winter’s Tale – I still remember how exhilarating it felt to defend Lady Macbeth as misunderstood and corrupted by her thwarted ambitions and the limitations of her gender – and I was so thrilled by my professor’s comments I dared to confess to her that what I really wanted to do was to be a creative writer, a writer of novels and memoirs and stories.  She laughed, not intentionally unkind, and made an off-hand remark about no one actually making a living that way.  It would be more than a decade before I dared to utter the words again, although I made furtive attempts to find my way to Real Writer-dom by submitting bad short stories to literary journals and querying local magazines.

I went to classes and conferences.  I read how-to books.  I was told by one writing teacher that every aspiring writer should read a lot of the diaries of Real Writers, but that at my age (mid-thirties at the time) it was too late for me to indulge in doing that.  I read about writing about what you know and about writing what you want to read.  I was shamed into thinking I didn’t read enough to be a Real Writer.  I wrote a memoir that was roundly rejected by more than 70 agents over the span of a grueling two years of submitting it to a handful of agents at a time.

I wondered if I wasn’t the dumbest person on Earth, refusing the understand what the whole rest of the world could clearly see: that I would never be a Real Writer.

Interestingly, in the darkest point of that rabbit hole was where I found my answer.  Because after I put down all hopes of being acknowledged and seen, of being feted and agented and best-sellered, I heard a little voice.  It was the voice I’d always heard, the one that had always been there.  Write, it said.  It was the voice that had caused me to bore my boyfriends with long missives about what had gone wrong in our relationships.  It was the voice that made me keep diaries and write essays I couldn’t figure out where to submit.  It was the voice, like dictation, that made me make up scenarios everywhere, on buses, in doctors’ offices, during lulls in conversation.  Even when I wasn’t writing things down, I was writing.

It was the voice I usually draped with wishes for glittering literary success.  When those hopes fell to the ground, I found that what was left was beautiful in its nakedness.  I would always want to write, even if no one ever wanted to read.  And that was what made me a Real Writer.  I wrote, therefore I was.

It adds to the Hollywood-ending sweetness of it all that the next book I wrote after this realization was picked up by the first literary agent I queried, who in turn sold it in the first round of submissions to editors in a multiple offers situation.  It’s satisfying and affirming, but even if that hadn’t happened, my title of Real Writer would still be mine.  Because we don’t need permission to be Real Writers.  We don’t need audiences or critical acclaim, although of course those things are lovely bonuses.  What we need is to hear the sweet whisper that lilts, “Write.”  If you hear that, you’ve been a Real Writer all along.

Of course, having a book deal and having smart people in the publishing industry give me their blessing as a Real Writer probably helped solidify my belief that I was one and gave me the courage to write this piece with such authority.  But I’ve met enough talented aspiring writers without book deals to know that I don’t have anything they don’t have in terms of talent.  I don’t have anything I didn’t have before I got my book deal.  At its worst, giving yourself permission to say you’re a writer will be an interesting conversation-starter.  At its best it will help you understand being a writer is an internal condition, not an external one.  Believing that will make you write more and take bigger chances,  meet more people and go to more industry events.  Like with all self-fulfilling prophesies, letting yourself be a writer will probably show you the path to Real Writer-dom in ways you can’t anticipate.  But until it does, just keep writing.

This website uses cookies to improve your experience while you navigate through the website. Out of these cookies, the cookies that are categorized as necessary are stored on your browser as they are essential for the working of basic functionalities of the website. We also use third-party cookies that help us analyze and understand how you use this website. These cookies will be stored in your browser only with your consent. You also have the option to opt-out of these cookies. But opting out of some of these cookies may have an effect on your browsing experience.
Necessary Always Enabled
Necessary cookies are absolutely essential for the website to function properly. This category only includes cookies that ensures basic functionalities and security features of the website. These cookies do not store any personal information.
Non-necessary
Any cookies that may not be particularly necessary for the website to function and is used specifically to collect user personal data via analytics, ads, other embedded contents are termed as non-necessary cookies. It is mandatory to procure user consent prior to running these cookies on your website.
SAVE & ACCEPT
Like wolvesWriting 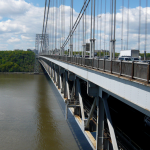