There are snapshots your mind takes that you hold on to forever.  One, for me, was the night my daughter was born.  The hubbub of her birth was over, her father had gone home, and finally it was just the two of us, as we had been for nine months.  She’d had the hiccups inside my belly a lot, making it do these quirky little jumps that were  unmistakable as fetal hiccups.  That night, alone in that quiet room, I heard them for the first time… hic!  hic!  A sound in the exact rhythm as the one that had been in my belly.  It was a profound and moving moment… this person I’d been waiting to meet for so long was finally a being out in the world with me.  I was someone’s mom.

There have been other such moments, of course.  The little gasp, almost a holding of breath, in that instant before kissing someone special.  The feeling of my brother getting into a great college, knowing we, collectively, were advancing somewhere better and that I’d helped make it happen.  Signing the documents that made my house mine (and the bank’s) alone. These signposts in my life, marking all the high points.

Tonight I had one such moment.  I called Barnes and Noble in Hackensack (my local B&N) and asked for my book.  I’d done it just a few days ago and had been told it wasn’t out.  But tonight they said they had it.  I asked what section it was in.  The woman said, “Not to worry, we’ll hold a copy for you at the register.”  How could I explain that I just wanted to know where to photograph it?  Nervous, I gave her a fake name and let her hold it for me.  And drove over there.  (Yes, I maintained the pretense and bought the copy they were holding for me.  Cash).

I walked into the store where I’ve been probably a hundred times before.  Where I used to take my preschoolers when the weather was bad and the park wasn’t an option.  Where I’ve spent hours perusing shelves, waiting for a new book to present itself to me, often leaving with an armful.  Where I worked for six weeks once when I got laid off because the thought of being around books all day made me happy during a scary post-divorce time. Where I edited my manuscript when I couldn’t stand to be in my house alone with it anymore.  Where I’ve bought cards when they needed to be extra special and leather-bound journals I’ve held dear.

I took the escalator to the second floor, bee-lining for the teen section.  I’ve been there so many times too, just outside the children’s section.  The kids and I have looked for countless summer reading list books there.  I found my daughter her “Surviving Middle School” book in a carousel right in front of it.  And there… exactly where it should be, alphabetized perfectly in the New Teen Fiction section, facing out beautifully… there it was.  MY BOOK.  I did what I always do in these types of situations.  I started to cry.

My daughter, now a purple-haired fourteen-year-old, did her usual, “You’re not going to cry, are you?”

I laughed and said yes, I was.

I looked more carefully and saw that it was next to Laurie Halse Anderson’s IMPOSSIBLE KNIFE OF MEMORY, the new book by the YA grande dame which is getting tremendous (and well-deserved!) press.  Years ago, when someone suggested my book should be a YA novel instead of a memoir  and I was skeptical, it was Laurie Halse Anderson’s SPEAK that helped me see how beautiful YA could really be and convinced me to give it a try.  And… there we were together.  Anderson and Andreu.  The thought of it mists me up again even now.

I gave my daughter  a long celebratory hug.  I looked at the book from every angle.  I walked away,  then walked back up to it.  I hugged it a little.  Like all good, transcendent moments, it felt a little improbable, as if it might all turn back to mist.  Then I handed my daughter my phone and asked her to get some pictures.  OF MY BOOK. ON A BOOKSHELF.  IN A STORE!  And not just any store, but my store, where I’ve worshipped at the altar of books, inhaling their smell, thinking them holy, for so many years.  I will never forget the feeling.

Book-selling might be a lot of things, a losing game, a dwindling racket, a popularity contest.  There are many less glamorous and wonderful moments to it.  But not tonight there aren’t.  Because tonight… this is the moment when I know I have achieved the biggest goal I’ve ever set for myself.  And hugged it right to my heart, smack dab in the middle of Barnes and Noble.

Few things will ever feel so magical 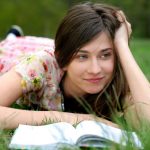 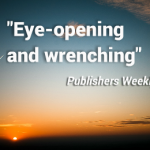