I spent my book birthday eve last night at The New School in Manhattan being interviewed by a class full of writers. They asked interesting questions and will be writing pieces about the evening as part of their assignment for the week. Eager to read what they come up with!

It was particularly sweet because the professor who put it together, Susan Shapiro, is the writing teacher who most helped me understand the business side of writing.  Although I’d been writing for a long time, I wrote my first paid piece for a national publication in her class, at her prompting.  (“Start at the top and work your way down, not the other way around,” she always told me).  My piece was an essay about my journey of being undocumented, which I shared in Sue’s class for the first time.  I submitted it to Newsweek at Sue’s suggestion and was beyond shocked when they published it.

That essay, This (Illegal) American Life ran in the October 13, 2008 issue of Newsweek (you can see how old it is because Sarah Palin was still relevant enough to get put on the cover of a major news magazine).

Going to Sue’s class last night was such a sweet feeling of coming full circle.  I approached the same New School building in the West Village where I’d gone six years before.  Six years ago I was so intimidated, wondering just who I was fooling by trying to be a “real writer.”  The class terrified me, full of published authors as it was, and led by a woman whose books get written up in People Magazine.  Six years later, I went in as the guest author and answered questions about my writing process and the personal experiences that informed my book.  Everyone had a copy of my book in front of them.  It was such a nice way to mark my growth as a writer and as a person.

When that piece came out in 2008 I was in one of the darkest parts of my life.  I was sure I needed to file for divorce after years of leading separate lives but terrified to do it (I wouldn’t get the courage until the spring of 2009).  Finally aware that I was approaching “middle age” (at least I hope this is the middle!) and wondering why I hadn’t chased my big dreams.  Today, six years later, I celebrate not just my outward successes but the woman I am thanks to the journey.  It feels wonderful.

Do I say that a lot?  That’s because I feel that a lot!

This website uses cookies to improve your experience while you navigate through the website. Out of these cookies, the cookies that are categorized as necessary are stored on your browser as they are essential for the working of basic functionalities of the website. We also use third-party cookies that help us analyze and understand how you use this website. These cookies will be stored in your browser only with your consent. You also have the option to opt-out of these cookies. But opting out of some of these cookies may have an effect on your browsing experience.
Necessary Always Enabled
Necessary cookies are absolutely essential for the website to function properly. This category only includes cookies that ensures basic functionalities and security features of the website. These cookies do not store any personal information.
Non-necessary
Any cookies that may not be particularly necessary for the website to function and is used specifically to collect user personal data via analytics, ads, other embedded contents are termed as non-necessary cookies. It is mandatory to procure user consent prior to running these cookies on your website.
SAVE & ACCEPT
Review on Agster ThoughtsBlog tour posts, Writing 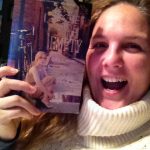