I am slightly suspicious of the efficient. As a classically-trained virtuoso of a procrastinator, people who get things done on time just creep me out a bit. Just what are they up to?

Unfortunately, the efficient seem to rule the world. Or, at least, they are the loud minority. They monopolize the airwaves of filler time on the Today Show with their tips for organizing your kitchen drawers and determining how long to keep an outfit in your closet (my suggestion? If it hasn’t walked off by itself, it wants to stay). They virtually own Barnes and Noble, with row after row of time management, be-your-best-self books that chastise me as I walk by on my way to the writing books and tarot card guides. What is worst about the efficient types is their absolute certainty of how their way is better, and it’s only a matter of time before we are all assimilated.

Enough, darn it. Enough. It is time procrastinators took control of the world. Here’s why:

1. There are more of us. Maybe we’ve kept our mouths shut until now, but, trust us, if we ever got around to it, we could show you a thing or two about an organized resistance. But it sounds like a lot of work.

2. We are happier. Or, at least we would be if you didn’t keep trying to mischaracterize our laid-back tendencies as something on the “heinous” scale somewhere on the level of, say, infant-torture.

3. It’s human to put things off. It’s simple conservation of energy. Why do today what you could easily avoid until it stops mattering? Survival of the fittest, procrastination is.

4. Procrastinators are smarter and more creative. Do you have any idea how many brain cells it takes to think of so many excuses to not get things done? If we chose to channel to converting us to solar energy, believe us, we’d get it done in no time but… hey, wait a minute. That’s efficient-speak again. Egads! Will you people never stop with your mind control?

Procrastinators, action will not combat this scourge of efficiency that is sweeping our nation. That’s like fighting guns with guns. No, we must organize a passive resistance and prove procrastination the better world order.

First, stop all your efforts to “combat” your procrastinating tendencies. It’s like trying to change your eye color and, no, those colored contacts don’t count. Embrace it. You don’t have to get that report done. Your boss will still be bugging you about it tomorrow, so don’t stress it.

Second, spread the word. Procrastination has gotten a really bad rap recently, and it’s time to stop with the negative press. Plus, talking about procrastination and its benefits is a great way to not get other things done.

Third, make a list of all the things you’re putting off. Then, look over the list and see if there are a few things you can add to it. You could navel-gaze with this list all day long and, what’s best, seeing all those to-do’s on paper will make you feel so overwhelmed you’re sure to never get anything done again. Do you really need to go out and buy those groceries today? Put it on the list and you’re sure not to. Once the stomach-grumbles set in, call for pizza and be sure to drip some grease on the list. Now you’re living.

Procrastinators, we’ve been bullied and marginalized too long. It’s time we fought back. But there’s no rush on it or anything. There is always tomorrow. 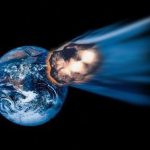 Waiting for the end of the worldWriting 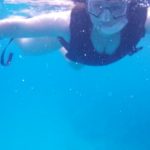