It’s not exactly that I want civilization to end or anything like that. It’s more that I have a strange fascination with the idea. While other summer readers are picking up a romance or a good current events book for their beachside entertainment, I am trolling to see if there are any good new disaster books. I was post-apocalyptic before The Road made it cool.

Why the grim subject matter? I’m not sure. Anyone who’s hung out with me longer than 15 minutes knows that I don’t exactly keep it light. But while other types of disaster books – spy thrillers, terrorism books – barely register a blip on my radar, give me a comet headed towards Earth and you’ve got my attention. A movie with the same premise, however, does absolutely nothing for me. Probably because they’re usually so bad.

You see, post-apocalyptic fiction, when done right, illuminates the human condition. Wait, hold on a second, stop laughing and come back here. Seriously. I’m not talking Independence Day (although that’s one of the few “civilization-is-in-jeopardy” movies I’ll watch when I’m feeling a bit goofy). There are end-of-civ books so well done they make you ask yourself: what would I do?

Take, for example, Lucifer’s Hammer, probably my favorite book in which the aforementioned comet slams into the Earth. If you can get past the first 75 pages (slow beginning, introducing lots of characters) and the fact that it was published in 1985 and it shows its 80’s-ness at times, it is masterful. We all know where we fit in this world, the one with receptionists and supermarkets and TiVo. But how would it all shake out for you if you had to survive every day, find food, stay warm and keep the crazies from killing you?

Or take Nightfall. Set in an imaginary world which is always lit (it’s in a 5-star solar system), every two thousand years the stars align in such a way that the inhabitants are faced with total darkness – a sight for which they are so unprepared, most of the population goes insane and destroys everything in sight. Dark? Uh, yeah, just a little (and in more ways than one, I guess). But also a fun way to ask yourself: if I was stripped of all this familiarity, what is at the core of who I am? Would I sink or swim?

One of the least probable great post-apocalyptic books is The Postman, which Kevin Costner mangled by turning into a movie so laughably bad, you can’t mention the book without people looking at you funny. But hear me out. The book is actually amazing. Civilization has ended (I read it a while ago, so I can’t quite remember how) and people are scrambling to form little factions, much like tribes would have banded together in cave people times to raise the odds of survival. But, as is highly likely for a group of humans, the tribes aren’t all nice. In-fighting, powerplays and budding tyrants arise. But one dude (and I know this is a goofy concept, but the writer totally pulls it off) decides to remind people of the higher ideals they once enjoyed with an act as simple as resuming the delivery of mail.

So who would you be if civilization fell apart? Would you be the deskbound insurance guy who, finding himself unfettered by the old rules, turns into the despot? Would you curl up and wait to die pining away for your granite countertop and your espresso machine and days that will never come again? Or would you carve a whole new role for yourself and become one of the leaders of the new world?

I do know this: if the new world ever came, I hope we’d still have room for a few scribes.

This website uses cookies to improve your experience while you navigate through the website. Out of these cookies, the cookies that are categorized as necessary are stored on your browser as they are essential for the working of basic functionalities of the website. We also use third-party cookies that help us analyze and understand how you use this website. These cookies will be stored in your browser only with your consent. You also have the option to opt-out of these cookies. But opting out of some of these cookies may have an effect on your browsing experience.
Necessary Always Enabled
Necessary cookies are absolutely essential for the website to function properly. This category only includes cookies that ensures basic functionalities and security features of the website. These cookies do not store any personal information.
Non-necessary
Any cookies that may not be particularly necessary for the website to function and is used specifically to collect user personal data via analytics, ads, other embedded contents are termed as non-necessary cookies. It is mandatory to procure user consent prior to running these cookies on your website.
SAVE & ACCEPT
Credit where credit is dueWriting 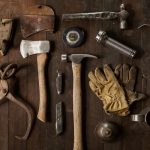 The procrastinator’s guide to happinessWriting