I’m not exactly sure how it happened, but when it comes to doing things, I don’t have a great sense of what’s “boy” stuff and what’s “girl” stuff. It’s not like I’ve ever been an extreme rodeo cowboy or anything, but that if I want to do something, I don’t wonder if it’s socially acceptable to do it as a woman.

Alas, the world is not exactly on my same page.

I bought these awesome new Christmas lights. They twirl and project light onto the house. They’re the coolest. To give them their proper due, they’ve got to hang off the first-floor gutters so they can spin their light onto the house. At first I bought these special lights-hangers that you allegedly can attach from the ground using a broomstick. Spoiler alert: you cannot attach them from the ground. Without visual contact into the gutter, it’s hard to position the hook to attach correctly. Time after time I tried, sending my precious (and expensive) new lightbulbs crashing to the ground.

No, this called for a ladder. For a couple of days I procrastinated, mainly because I know the ladder is heavy and I’m lazy. But, eventually, I got it out of the garage and dragged it to the front of the house. I positioned it. I tested it, made sure it was on firm ground. It is a beautiful, sturdy metal thing which can make it clear to the second floor, so since I was only going to just above the top of the first-floor windows, I had more than enough ladder for the job. I took some time to look at the light hooks and click all the lights into them so I wouldn’t have to be doing too much fiddling while up on the ladder. I draped them over my neck. I put my right foot on the bottom rung. I remembered the rule about keeping three points of contact with the ladder at any given time.

“That’s a very scary thing you’re doing!” called out a woman I’ve never seen before but who apparently was taking her morning constitutional on my little dead-end of a block.

“Do you want me to hold the ladder?” she replied, a terrified look on her face.

I wanted to say, “I’m going up no more than ten feet,” but I just smiled and shook my head and said “Thanks.”

“You shouldn’t do that,” she said, more shrill, seeing that I was undeterred.

“I’ll be okay. Thanks for caring,” I answered, hoping that it sounded like the end of the conversation.

“I’ll be praying for you,” she said, in the same tone you’d use with someone who has just refused a seat on the last life boat leaving the Titanic.

I waited for her to walk down the hill, out of sight. I climbed the ladder. I attached the first few lights. I had to move the ladder to attach the ones further to the left. It was a clunky, laborious process with my bushes and the heavy ladder. The street cleaning machine rode by just as I was starting to fiddle with repositioning the ladder. He slowed his pace to a crawl when he spotted me. I could feel him staring at me, lingering in front of my driveway endlessly, giving that spot an attention it’s never before received. I waited him out. Eventually, he picked up his pace and moved on.

Finally, as I was about to ascend for the second time, a neighbor from around the corner who walks his dogs on my block (and whose dogs run away to my house any time they get loose) called out, “Wow, you’re really good at this stuff.” (He always comments on how often I’m out in the garden doing the heavy lifting, carrying bags of mulch and the like. I think he thinks I’m some kind of lumberjack).

“Thanks,” I said. Finally, someone who appreciated my hearty constitution.

“You probably shouldn’t do that,” he said.

I contemplated explaining that I’ve got zero men in residence (just one very young man in training, who is in school until it gets dark), so it’s going to have to be a one-woman job. I figured it wasn’t time for a feminist debate.

This seemed to please him. He walked off with his chihuahua and his other tiny two-pound mutt. I came inside to pretend to be scared off my ladder. I Googled ladder accident statistics. (They’re bad). I wondered if men get this kind of grief when they climb their ladders to clean our their gutters and hang up their Christmas lights. (I’ve seen bajillions of them and I’ve never thought to tell them I was praying for them, but then my prayers would probably not do much for them, so they’re definitely better off). I wondered, too, if there are two-man teams handling ladders everywhere, and I’m the only loner to whom it occurred to climb five rungs to make my house look pretty for Christmas. I contemplated if my ovaries throw off my balance dangerously, in a manner of which I am unaware.

I went back outside. I hung my lights. I survived. The lights look amazing.

This website uses cookies to improve your experience while you navigate through the website. Out of these cookies, the cookies that are categorized as necessary are stored on your browser as they are essential for the working of basic functionalities of the website. We also use third-party cookies that help us analyze and understand how you use this website. These cookies will be stored in your browser only with your consent. You also have the option to opt-out of these cookies. But opting out of some of these cookies may have an effect on your browsing experience.
Necessary Always Enabled
Necessary cookies are absolutely essential for the website to function properly. This category only includes cookies that ensures basic functionalities and security features of the website. These cookies do not store any personal information.
Non-necessary
Any cookies that may not be particularly necessary for the website to function and is used specifically to collect user personal data via analytics, ads, other embedded contents are termed as non-necessary cookies. It is mandatory to procure user consent prior to running these cookies on your website.
SAVE & ACCEPT
The world spinsBook Reviews, Writing 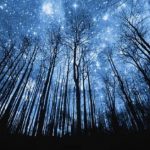