Okay, here goes: Trump has a point. If I’m to be the honest, free-thinking person I fancy myself to be, I have to admit it.

The point in question was raised in a tweet overnight, in which he said, “Hillary Clinton has announced that she is letting her husband out to campaign but HE’S DEMONSTRATED A PENCHANT FOR SEXISM, so inappropriate!”

And, well, Trump is right. (My fingers ache after writing that).

I mean, Trump is still an awful person, a misogynist, a demagogue, and no more suited to the presidency than a day-old loaf of bread, but even a broken clock is right twice a day. Hillary Clinton, our country’s first viable female presidential candidate, has a woman problem. And his name is Bill Clinton.

He was a competent president. As an ex-president, he has done a tremendous amount of good. But there’s no denying that he has been a horn dog of the highest order. It’s not just the infidelity, though (that just makes him slimy and weak), it’s the many improprieties, the sexual harassment payout money, the allegations of coercive behavior from women we’ve all but forgotten about, like Sandra Allen James and Christy Zercher.

The Democratic Party, particularly its women, has always had a bit of a quandary in Bill Clinton. He’s one of ours. He implements the policies we like. He’s got that twinkly smile and that gravelly drawl. We want to think the misogynists are the ugly ones, the ones over there, the ones that say things about women getting “schlonged.” But don’t we do more harm when we cover up the mistreatment of women by the guy you wouldn’t expect to be a perpetrator?

The fact that Hillary Clinton is married to a guy who has, at best, chased a lot of skirt, does not disqualify her from being president. Who is to say what arrangements people reach in their personal lives? But her behavior in defending him has been less than woman-friendly. Time and again as scandals came up, Hillary said bad things not about the (alleged) perpetrator, but about the victims. That behavior was exposed at a campaign stop not too long ago in which she was asked, “Secretary Clinton, you recently came out to say that all rape victims should be believed. But would you say that Juanita Broaddrick, Kathleen Willey and Paula Jones be believed as well?” (Those are more of Bill Clinton’s accusers). It was a fair question. You can’t say you’re for women but selectively try to discredit the ones that aren’t politically convenient for you.

Hillary Clinton can, and probably will, win the presidency. I hope she does it by keeping Bill Clinton at home. She’ll have to face questions about his behavior with women, as she has most of her married life. As she should. She should answer not for his infidelities, but for her role in covering them up. It’s ironic that a symbol of female achievement is also a symbol of something else, of the long-suffering woman who stands behind the (alleged) sexual improprieties of a man and helps to discredit the women making the allegations.

Of course, Trump does not give a damn about whether Bill Clinton behaved badly toward women. He’s just trying to neutralize one asset that the front-runner for the Democratic nomination has in her pocket. If he effectively makes the “Bill Clinton” conversation turn to one of misogyny every time Bill speaks, then he’s turned what most considered a positive (“two for the price of one”) into a negative. It’s clever politics. It’s a way to divert attention from his own appalling record on women. It also happens to be spot on.

So, yes, Trump should be called out for his troubling record of misogynist comments. But Hillary Clinton should get her own house in order before being the one to do it.

Do you think I’ve lost my mind? Perhaps it’s the hat that’s making me do it. Santa had a sense of humor with me this year:

This website uses cookies to improve your experience while you navigate through the website. Out of these cookies, the cookies that are categorized as necessary are stored on your browser as they are essential for the working of basic functionalities of the website. We also use third-party cookies that help us analyze and understand how you use this website. These cookies will be stored in your browser only with your consent. You also have the option to opt-out of these cookies. But opting out of some of these cookies may have an effect on your browsing experience.
Necessary Always Enabled
Necessary cookies are absolutely essential for the website to function properly. This category only includes cookies that ensures basic functionalities and security features of the website. These cookies do not store any personal information.
Non-necessary
Any cookies that may not be particularly necessary for the website to function and is used specifically to collect user personal data via analytics, ads, other embedded contents are termed as non-necessary cookies. It is mandatory to procure user consent prior to running these cookies on your website.
SAVE & ACCEPT
A mom ruins Star Wars: The Force AwakensWriting 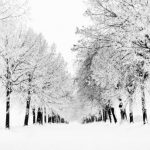