There are times in a person’s life when things happen that can’t be explained by reason. Paul getting knocked off this horse on the road to Damascus. Lamp oil that should only last one day lasting eight. I had such a biblical-scale miracle on Friday. It involved a tube of gel.

I have taken up CrossFit, a very foolish decision for anyone, but one bordering on masochistic for a middle-aged woman whose preferred method of keeping fit involves leisurely strolls replete with stops to gaze at wildlife and rock formations. If you don’t know CrossFit, it’s this cultish fitness craze in which you prepare your body to build wood cabins and wrestle bears by replicating the real-world movements you’d need to be good at if the end of civilization ever came. As it stands, there may not be much use in hopping up on a two-foot tall high wooden box until your legs fail, you catch your foot on the edge and eat it spectacularly, (to develop “explosiveness,” or so you’re told), but it doesn’t stop thousands of nuts from flocking to it.

And me too, apparently.

My first class, last Monday, started with squats. Now, I like squats (I’m Latina, and baby’s got back, so I have a lot of power in my legs). In an average workout, I can pump out ten good ones. If I’m feeling frisky, I’ll even go for fifteen, top of the leg parallel to the ground, being sure to not extend knees past the toes, just like they taught me in aerobics class.

CrossFit squats are not that. CrossFit squats involve going ALL the way down, like you’re getting ready to poop in the woods post-bear-fight, then popping up. And down. And up. And holding a bar. And then a heavier bar. And then some more. My standard ten weren’t even just a warmup. They were less than one set in a sea of sets in an hour of hell that made me want to run screaming. If only I could lift my legs enough to run.

The day after this horror, I could barely make it up and down stairs. The wrenching pain came from somewhere deep, like tendons and sinews had been irrevocably damaged, and perhaps ripped to shreds entirely by my hubris and foolishness. The second day was worse.

In order to be initiated into this cult, you have to sign up for something called the “foundation classes,” a series of three one-hour torment sessions in which you’re taught the “basics” of CrossFit (give up all hope all ye who enter). You have to do them in one week, Monday/Wednesday/Friday. Which meant that even though I couldn’t make it to my second-floor bedroom on Wednesday, I had to go back to CrossFit for more punishment.

Wednesday lulled me into a false sense of security. It wasn’t easy, but at least it wasn’t a squat-a-thon, so I survived in slightly better shape than I’d been on Monday. I figured I may be mastering this thing called CrossFit, so I bounded in on Friday feeling cocky, like I was in the home stretch.

Holy cheese balls, was that a mistake.

Let me set the scene by saying that the class teacher on that particular evening was a gentleman by the name of Tarzan, which tells you about everything you need to know. Tarzan was wearing a weighted vest, so he “could be heavier for pull-ups,” a great insight into his pain philosophy. Tarzan, the facility’s owner, was going to teach us something “a little more technical.” It involved learning Olympic-style power-lifting moves, which meant – you guessed it – squatting. On my shredded quads, which had not even begun to heal from Monday and Wednesday.

About fifteen minutes into the class, I was feeling light-headed every time I jumped up (explosively, of course) from a full-on squat up to a standing position with the bar held high over my head. The fronts of my legs weren’t just hurting, they were starting to fail, and on a couple of occasions I had to catch myself from falling when my muscles gave way. Only one of two women in the class, I didn’t want to seem weak, so I kept trying to go for it, feeling increasingly filled with despair.

By the time we got to the kettle bell portion of the workout, when the baby-faced training assistant handed me a toddler-sized kettle bell and said, “Here’s a nice light one for you, ma’am,” I didn’t know whether to swing it at his head or burst into tears.

Now, in Tarzan’s defense, when he sensed my despair (I think the chin-quivering gave it away), he did pull me over for a nice pep-talk at the end of class. He told me it only hurts this much the first week. He told me my kettle bell swings were better than anyone else’s. (A blatant but kind lie). He told me how CrossFit helped him recover from a life-shattering car accident in which his internal organs were lacerated and several key bones crushed. (He even had me feel his shoulder where his bones pop out weirdly, helping me feel better about my under-performing but perfectly intact groin muscles).

Then came the part where I got in my car and cried all the way home.

The walk up my front stairs was so excruciating that when I opened the door and started howling inconsolably, my daughter reports that she began to try and guess which close relative had died. I sat on the couch and tried to explain – the words “decaying” and “almost dead” may have been involved – while my sixteen-year-old showed remarkable restraint in not laughing at me. When I lost it again when I noticed there was no brewed tea at the ready, she prudently sent me up to my room and told me she’d make me some. I couldn’t stand up from a seated position lest the thousand invisible and microscopic daggers shred my legs beyond repair, so she helped to pull me up.

Finally, tea consumed and Advil guzzled like M&Ms, I lowered myself into a boiling hot tub full of every type of bath salts I could find. I enjoyed my skin turning lobster red, grateful for something else to focus on besides my destroyed leg muscles. When my daughter, an athlete, suggested this may be the phase of recovery in which cold might do more good than hot, I laughed through the steam. I couldn’t imagine withstanding any more discomfort. The hot bath might not have been helping me in a sports medicine sense, but at least it felt soothing.

That’s when the biblical miracle happened. I got out. I dried off. I slathered on the gels I’d found at Whole Foods but hadn’t been able to stand on Wednesday because I hated their weird skin burning qualities. First an arnica cream. And then this Narayan Gel, a little blue tube with a cross-legged, serene-looking yoga dude on it. I needed divine intervention, so I slathered in on liberally.

I hobbled to my bed. I enchilada’ed myself up in towels, then blankets. My skin caught on icy fire. I positively detested the feeling, but I was too exhausted and defeated to move. I let the sensations roll over me, shivering and burning, like recovering from a wicked, self-inflicted flu.

I finished my tea. About an hour later, I had to go to the bathroom. Dreading it, I put it off as long as possible. Finally, when I couldn’t anymore, I swung myself upright. I started to engage my legs to get up in the standing position, waiting for the same screaming pain I’d felt when I needed help getting up off the couch. Nothing. Gone. I got back down and back up just to double-check. No problem. I did a CrossFit squat. It wasn’t my favorite thing, but it wasn’t the fiber-tearing experience it had been a couple of hours before. It felt more like it might feel after a week’s recovery, a little memory of soreness.

I ran down the stairs to show my daughter that I could, magically, move again. I did a squat for her. She seemed more relieved that I no longer sounded like an incoherent mental patient mourning the death of a thousand loved ones and the imminent demise of our sun.

I don’t know what’s in this little blue tube of sorcery. It says it’s just camphor and menthol and other innocuous, all-natural ingredients (I got it at Whole Foods, after all). But I’m pretty sure there’s got to be some undisclosed opiates in there. I don’t care what it is, but I want to kiss whomever created its smelly goodness.
Armed with the knowledge that I’ve got my little witches’ gel safely on my nightstand, I will be at CrossFit on Monday. Because miracles happen. 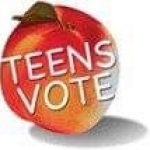