Not long ago, I read a book called The Unlikely Pilgrimage of Harold Fry. I wasn’t a huge fan, actually – the protagonist got on my nerves – but one thing about it did catch my imagination: the premise. The main character decides one day he’s going to start walking, Forrest Gump style (although, of course, Forrest ran). He walks from the south of England to the north, ostensibly to save an old friend from dying, but actually shedding years of pain along the way.

Humanity is hard-wired for exploration. Nomads for thousands of years, our lore is filled with stories of quests and long journeys. For some years now I’ve been thinking about what I’ll do when my little ones fly the coop. A long, “pilgrimage”-style walk is almost certainly in the cards. It’s been calling to me for years.

Friday I found myself with an unexpected day off and a bit of heaviness in my heart (the reasons for which are a post for another day). I thought of my usual distractions – CrossFit or writing or lunch with a friend. And while all those are wonderful, I somehow wanted something I’d never done before.

And then it hit me: what if I just started walking?

My house is about two miles west of the George Washington Bridge into Manhattan. The GWB has a pedestrian walkway safe from the whizzing cars and rambling trucks. What if I walked to New York? The idea began to take shape. I’ve never walked any significant distance (I’d estimate my previous highest mileage at maybe six), so I had no idea how far I could make it. Usually the whiny voice in my head telling me to turn back wins way before I can feel any real muscle failure.

The good news about taking a chance on distance in Manhattan is that as soon as my legs gave way, I knew I could easily find a subway station or a cab and ride down to the Port Authority, where I’d catch the bus back home. There was no need to plan or worry. I could just go.

So go I did, at 1:22 pm. The two-mile walk to the bridge passed in a flash, and soon I found myself above the mighty Hudson, the great gray city unrolling in the distance. I felt strong. My two months of intense CrossFit workouts made me feel more upright, my ab muscles getting taut and helping out my capable-feeling legs.

I made it across the bridge and on to the city streets, way uptown on 177th Street, in the least gentrified portion of Manhattan. That neighborhood, Washington Heights, teems with bodegas and boys in low-slung jeans, a place familiar to me from my first job out of high school.

And still I walked. About four miles in to the mini pilgrimage at this point, I felt so normal that I worried about whether I’d feel the fatigue before it was too late. I walked steadily, not slow but not fast, enjoying the slowed down pace of covering block by block on foot. I felt confident, my head held high, feeling good. I walked west, down to Riverside Drive (so named because it overlooks the Hudson), enjoying the leafy stillness of a residential section of town. At 135th street, I cut east up to Amsterdam, in a section that once might have been called the ‘hood. I got some catcalls there, but kept walking, taking in the rolling nature of upper Manhattan.

I used my steps as a meditation. Whenever my heart started hurting a little with heavy thoughts, I brought myself back to the simple motion of putting one foot in front of the other. I made myself notice small things: fathers with young children, a bird flying a piece of greenery up to a nook in a storefront, building a nest. I felt the steady pump of my legs, fatigued from a pretty intense CrossFit workout the day before, but performing so much more steadily than I had hoped for. By that point, I had walked more than seven miles and I still felt strong. I began to hope I might make it all the way to the Port Authority, on 40th Street, on my own steam. Ironically, though, whenever I thought of it too much, I felt overwhelmed. Only when I focused on the present moment did I realize I had plenty of juice to keep going.

At 113th Street and Amsterdam I spotted perhaps one of the most gorgeous cathedrals I’ve ever seen: St. John the Divine Episcopal. It looked like it had been plucked straight out of medieval France. I had been walking a little over two hours at that point and was beginning to feel a twinge here and there. It seemed a good place to rest. I crossed the street and ascended its cruelly long steps. I was pulled in to its cavernous majesty and I wandered through it, marveling at its soaring buttresses and massive stained glass windows. (Later I would learn that it’s one of the two biggest Anglican churches in the world). I took a moment to sit in one of its chapels and meditate (full disclosure: I also charged my phone by its organ plug). Then I wandered out to its gorgeous Children’s Sculpture Garden, its Peace Fountain one of the most gorgeous and unexpected treasures I’ve ever seen, a gem I might have never experienced if I’d whizzed by in a car.

I’d chosen Amsterdam Avenue because it’s home to one of my favorite little dives. At 82nd Street I came to it – now feeling some leg muscle pains, but still fine to continue – and I devoured a dosa and allowed myself a sugary drink (I’d had some Gatorade and a bottle of water on the way).

With some time to reflect, I noticed that the sadness that had caused me to want to embark on the walk hadn’t exactly abated, but had been crowded out by the simple act of dealing with the moments, one by one: which avenue to use for the walk downtown? Which side of the street to walk on? My phone’s crappy battery caused me to put it in airplane mode to conserve juice, so one of my main distractions wasn’t available. Instead, I lived in the moment, here soothing a yappy dog, there smiling back at a small child. I looked in windows and dreamt of buying myself flowers at a dozen different corner stores (20 roses for $10! they all seemed to blare), but prudently chose to go on my way unencumbered. For one crazy moment, up in Washington Heights, I spotted the most gorgeous, fluffiest deck mop I’ve ever seen, and wildly imagined buying it, then dragging it along with me for the remaining ten miles of the walk. Mercifully, my better logic won out and I let the idea go. There was something liberating about the simplicity of it: carrying nothing, allowing myself to be distracted by nothing. It was just me and the road.

After dinner at the dosa place, the walking got harder. I was up in the twelve mile range by that point, much further than I’ve ever walked. I knew then that I’d make it to the Port Authority, because I understood something new about my capacity. Yes, my legs hurt by then. Yes, it had been four hours since I’d left my house. But I was going to finish because I decided to.

I cut over to Central Park West, down to Columbus Circle where it becomes Eighth Avenue, then began the straight shot down to the hulking bus terminal. This is the part of New York that would be more recognizable to non-New Yorkers, bustling with tourists and beeping yellow cabs, rife with flashy stores, pulsing with a frenetic energy. My journey had let me reconnect with my beloved city and its many faces, here turning a familiar one to me. My legs ached. I wished for the ibuprofen I’d popped a mile back to take effect. I grew annoyed at dodging tourists.

And, yet, my overwhelming sensation was pride. What is a long walk but a metaphor for living? The road is long. There are times you’re not sure how you’re going to make it. You’ll have to figure out how you’re going to get what you need along the way. At the start, you’re unsure. Nearer the end, when you’ve seen what you can do, you’re more confident.

I reached the bus terminal at 6:30, more than five hours after I set out for it. That terminal had been the scene of so many frustrating commutes home back when I was working in the city. I gave a silent thanks for the forces that have removed that energy suck from my life. It was so pleasant to be there as a visitor instead of one of its fed-up denizens. I got a bus right away, and it sped me back to where I started in an impossibly fast half hour. All that ground whizzing by, ground that had taken me nearly all my energy to gain. I remembered how much better it feels to run a hand on the rough fabric of experience. Faster is not always better.

When I looked at my pedometer after arriving back at home, it read 15.98 miles and 39,205 steps. It was far and away the longest walk of my life. So far.

Did my pilgrimage solve all my problems? No. But it slowed them down, reminded me of the fundamental manageability of them, of everything. It’s a cliche for a reason: all I had to do was put one foot in front of the other to remember there’s nowhere I can’t go.

This website uses cookies to improve your experience while you navigate through the website. Out of these cookies, the cookies that are categorized as necessary are stored on your browser as they are essential for the working of basic functionalities of the website. We also use third-party cookies that help us analyze and understand how you use this website. These cookies will be stored in your browser only with your consent. You also have the option to opt-out of these cookies. But opting out of some of these cookies may have an effect on your browsing experience.
Necessary Always Enabled
Necessary cookies are absolutely essential for the website to function properly. This category only includes cookies that ensures basic functionalities and security features of the website. These cookies do not store any personal information.
Non-necessary
Any cookies that may not be particularly necessary for the website to function and is used specifically to collect user personal data via analytics, ads, other embedded contents are termed as non-necessary cookies. It is mandatory to procure user consent prior to running these cookies on your website.
SAVE & ACCEPT
Confessions of an email nagWriting 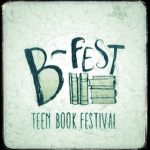 NEW EVENT! See you in Barnes and NobleWhat's New, Writing