By Maria E. Andreu
Posted May 1, 2017
In Writing
On being one-note2017-05-012017-05-01https://mariaeandreu.com/wp-content/uploads/2018/02/logo-4-white-letters-with-transparent-background-wider.pngMaria E. Andreuhttps://mariaeandreu.com/wp-content/uploads/2018/02/logo-4-white-letters-with-transparent-background-wider.png200px200px

I wish I could write about more things.

I’ve often lamented to myself that my blog goes like this: finding that you’ve somehow become the adult is weird, men and relationships are perplexing, books, books, books, ohmygod Trump. Rinse, repeat.

I don’t think I’m a one-note person. (Or even a four-note person). Heck, just the other day I Googled “the history of nuclear proliferation.” For fun. Right now, the open tabs on my phone’s browser include a page about the benefits of mycorrhizal fungi in organic gardening, a list of the best contemporary dystopian novels, and a page from the Anarchist Library entitled “Patriarchy, Civilization, And The Origins Of Gender.”

And, yet, when it comes to expressing my thoughts, I turn to familiar themes. After all, what can I contribute to the scholarship of the history of nuclear proliferation other than ohmygodNorthKoreaunderTrumphelpme? However, I can contribute volumes to the absolutely trippy experience of realizing that people now think you know stuff because you’ve sat in the same body, getting pulled down by gravity, for more than four and a half decades.

I remember we once had an upstairs neighbor when we lived in the basement of a place on 76th Street and Kennedy Boulevard in North Bergen, NJ. She was an older woman who lived with her son and his wife. Doña María. My mom would take me up there while she sat with the woman and chatted. Mostly listened, actually. My mom would have been in her late twenties at the time, and I never could figure out why she went up there (or, worse still, dragged me along). As far as I could discern (and I was the kind of kid who listened A LOT to what the grown-ups were talking about), the woman only had one topic of conversation: her son and his good-for-nothing wife.

I once asked my mom, after one of these visits, “Why is it that Doña María can only talk about her son and nothing else?” I had begun to wonder if maybe she was under a witch’s enchantment or a court order. My mother simply laughed. I never did get my explanation.

Still, that old woman (old when I was five years old, so almost certainly dead by now) has long served as a cautionary tale on expanding my interests. I came close to becoming a Doña María of the Trump during and right after the presidential election. (I’m still outraged, but trying to pace myself). I try to read on varied topics, and be exposed to things that challenge me.

Still, it’s undeniable that there are themes that pervade our lives, things that run deep and recur, like a melody we can’t shake. This tune of our lives moves us in unexpected ways, and becomes our theme song. Yet… it sometimes takes only a few chords to make a masterpiece, so maybe that’s not an altogether bad thing.

This website uses cookies to improve your experience while you navigate through the website. Out of these cookies, the cookies that are categorized as necessary are stored on your browser as they are essential for the working of basic functionalities of the website. We also use third-party cookies that help us analyze and understand how you use this website. These cookies will be stored in your browser only with your consent. You also have the option to opt-out of these cookies. But opting out of some of these cookies may have an effect on your browsing experience.
Necessary Always Enabled
Necessary cookies are absolutely essential for the website to function properly. This category only includes cookies that ensures basic functionalities and security features of the website. These cookies do not store any personal information.
Non-necessary
Any cookies that may not be particularly necessary for the website to function and is used specifically to collect user personal data via analytics, ads, other embedded contents are termed as non-necessary cookies. It is mandatory to procure user consent prior to running these cookies on your website.
SAVE & ACCEPT
Tips to look after your husbandWriting 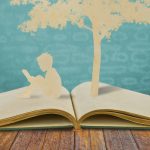