“They’re saying it’s going to get down to one degree tonight.”

I know. I’ve heat-wrapped the main pipe coming into my house and put my car in the garage. It’s cold here for New Jersey, even January New Jersey, and the news is aflutter with it.

“They mean their degrees,” I tell her. I say “their,” like “they” don’t mean “me,” like I’m six again and we’re marveling at this strange land where we hover but don’t land.

“That’s not possible. It never gets down to one in their degrees,” she says, stubbornly.

“It must be some kind of record.”

“It isn’t. I looked it up. The coldest it’s ever been in New Jersey was in River Vale, not far from here. It got to minus 34 degrees in 1904.” I don’t tell her that I’m skeptical of the 1904 measure because I don’t want to give her any more ammunition, plus there are other, more believable numbers. It was two degrees in Cape May in 1979.

“You’re sure they’re not talking about real degrees?”

“Why would they suddenly switch how they report on temperatures, Ma?”

She can tell I’m exasperated, so she harrumphs but stops.

It is cold. A recent snow has solidified over everything, shocking us into the memory of long, hard winters. Remember icicles? Remember when school didn’t close for every flake? Remember garbage bags over shoes for quasi-waterproofed footwear you were ashamed of even as you were wearing it? That last one may be just me and the other kids who didn’t always have snow boots.

I grew up with double delight of things. First, there was the delight of childhood. I have strong memories of crouching down near an ant hill and following the work of the ants for long, sunny stretches. Where were they going? I’d watch them bring the little crumbs of food, sometimes in a group, and marveled at their organization. How had they found it? How had they let their friends know? I’d trace them down to the dropped half cookie, or whatever else they were dismantling bit by bit and carefully bringing to their home.

“They can tell it’s going to rain,” my mother would say. And I’d be amazed at that too.

But the second type of delight I grew up with was that of my parents, the delight of fresh eyes on everything. They’d come from Argentina, from the arid foothills of the Andes, a stable, constant brown landscape. New Jersey was just a show-off, with bursting green growing out of cracks, on buildings, in vast stretches. “It’s so green here,” they would marvel, year in and year out. Then, in winter, New Jersey would put on a whole different show, bluish ice, frozen lakes, tinkling snow. They never got enough of it. They’d bundle me up in my mustard-yellow hat and pink cloth coat and tell me to stick my hands in my pockets and we’d walk, walk, walk to the desolate park to hear the sounds of snow, the sweep of wind. They’d take pictures of me, my nose red, and tell me we couldn’t walk on the frozen lake although those kids were out in the middle of it because you never you. You never knew in this crazy, strange place.

I have spent all but two of my years here. But every winter invites me to stay here anew, the ample breast of my adopted mother inviting me to rest my head and stay. It’s cold, no matter what system you use to measure the temperature. It’s still new, and amazing, and foreign and comforting all at once. It’s cold. And I’m grateful for the warmth inside, for the front-row seats, for the garage and the pipe heater and every precious moment I get to spend here. 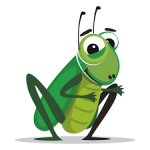 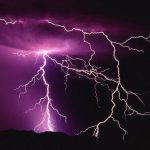